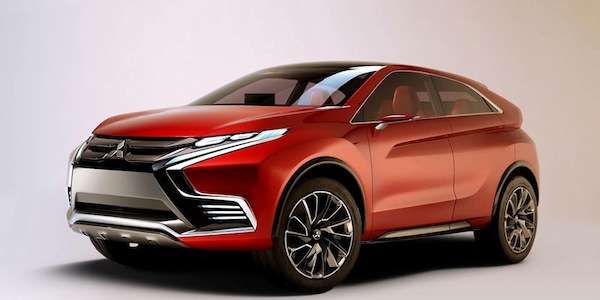 Mitsubishi EVO X successor will not be a performance sedan [video]

The Mitsubishi Lancer Evolution X is gone and the Mitsubishi Concept XR II could be the next EVO. What vehicle will next EVO badge be on?
Advertisement

The question is not will Mitsubishi ever build a next generation Lancer Evolution XI, but what kind of vehicle will the EVO badge be attached to next? Mitsubishi has made it known that the Lancer Evolution’s time has come and gone. It may not be gone in the minds of performance fans around the globe, but it’s gone for Mitsubishi Motors Corporation (MMC).

The Japanese automaker is moving in a new direction with their performance vehicles and they will be eco-performance driven now. Don Swearingen, Mitsubishi's executive vice president in the U.S, recently said the Lancer EVO’s time has come and gone and it’s going away forever after the Japanese automaker releases a final special-edition model at the end of this year.

What’s next for the EVO badge?

Swearingen also said, "It's time has come and gone," and then said that the sound of tomorrow is the MiEV Evolution III, which did extremely well at Pikes Peak last year. MMC entered two MiEV Evolution III all-electric race cars in the Electric Modified Division at the Pikes Peak International Hill Climb last year and achieved a one-two victory. MMC is showing how an all-electric vehicle can perform under extreme conditions and they succeeded in a big way. We are looking at the EVO successor technology.

The EVO badge will continue on, and it will be attached to a vehicle like the Mitsubishi Concept XR II that is at the Auto Shanghai 2015 that finishes up today. Mitsubishi boss, Tetsuro Aikawa, told Autocar, “In the future, we would like to launch such a vehicle with Evo characteristics. In Japanese, when you pronounce ‘Oh’ (in Evo), it means ‘king.' So we would like to launch this type of car, featuring EV and PHEV technology, which is the ultimate of its kind. ‘EV’ for electric vehicle, ‘O’ for king - Evo.”

This will be the future of performance at Mitsubishi after the last Lancer  Evolution X Final Edition rolls off the assembly line later this year. It will include eco-performance and EV-O will be the EV King when it arrives in some type of Sport Utility Vehicle form. Aikawa went on to say, “It has to be light and fast, something performance-oriented. That’s what we want.” Product boss Kanenori Okamoto also told Autocar that the Evo will be “replaced in spirit by an SUV with high performance.”

When will we see this new high performance EVO SUV? MMC is still working on the technology so that when it reaches production, it will be efficient and reliable in all situations. Like Subaru, Mitsubishi uses motorsports to develop their performance technology that goes into their production cars. The Japanese automaker has been using the Pikes Peak Hill Climb as a “laboratory” for testing their advanced MiEV (Mitsubishi innovative Electric Vehicle) technology.” Swearingen, says, "It not only features high elevations but also a range of weather conditions to challenge the performance and reliability of our technology." Look for the technology to be tested at Pikes Peak again this year. The new EVO will be coming in the next few years, Stay tuned.

pawel wrote on November 20, 2016 - 5:46pm Permalink
is very sad the managers off company do not see what evolution was do for mitsubishi , this was like company card or even more , l m driving evolutions models for almost 15 years now , l hope they someday build new car

LG's New EV Battery Plant Is a Welcome News for Tesla
Tesla Giga Berlin's New Hurdle: It's Not Only the Gov't, but Now Tesla Itself
END_OF_DOCUMENT_TOKEN_TO_BE_REPLACED