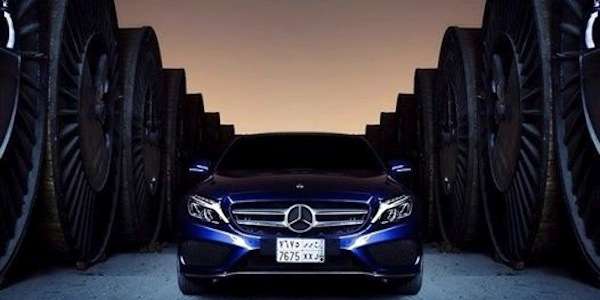 Mercedes-AMG has been testing 3 new 2015 C63 AMGs and they sound and look terrific. Will it get the new 4.0-liter Biturbo?
Advertisement

Thanks to TouriClips, they spied the all-new 2015 C63 AMG sedans and Estate running some very hard laps around the Nurburgring Nordschleife during the week of July 22-25. The test drivers were pushing the new prototype C63 AMGs covered in camouflage to the limit, and a couple times almost went off the track. This sounds like a dream job to me.

What caught their attention, was the sound coming from the AMGs, was different with each prototype model. The sound coming from the AMG models starting with an ‘A’ in the license plate, and the C63 Estate and sedan with ‘BB’ at the beginning of the license plate had a completely different sound. They speculated that some were testing in Sport+ mode, or that AMG might be testing a performance package for the new C63 AMG, or even a new AMG ‘S’ variant.

According to Automobile magazine, Bart Herring general manager of Mercedes-Benz product management, told them “I guess we're still six to eight months away from a 2015 C63 AMG.” He said the new C63 AMG will have similar horsepower and torque ratings to “other cars in that class.” The new AMG will compete with the likes of the 2015 BMW M3/M4 that puts out 425 horsepower.

Will it get the new 4.0-liter Biturbo?

Automobile mag reported that Mercedes-AMG officials told them the new C63 AMG “will still be offered with rear-wheel drive” in the States. Mercedes is offering all their other 2014-2015 AMG U.S. models like the CLA45, GLA45, E63, and S63 with 4MATIC all-wheel-drive. Apparently, U.S. buyers prefer the C-Class performance car with the sporty rear-drive configuration only. The new 2015 C63 AMG will likely be powered with the new impressive high-tech 503 hp version of the 4.0-liter Biturbo V8 that will power the new 2015 Mercedes AMG GT.

This new engine is one of the most impressive V8 powerplants on the planet. The 2015 Mercedes AMG GT is powered by a twin-turbocharged four-valve-per-cylinder 4.0-liter V8 gasoline engine that produces 503 hp at 6,250 rpm and 479 lb-ft of torque between 1,750 and 4,750 rpm. And it produces an amazing 126.3 horsepower per liter. By comparison, BMW M division's twin turbocharged 4.4-liter V8 direct-injection gasoline engine, used in the M5, M6 coupe and M6 cabriolet, pumps out 125.6 horsepower per liter.

Mercedes-AMG has already got their hands on the new 2015 C-Class sedan and Estate and have been doing some aggressive testing at the Nurburgring Nordschleife last month. When the production 2015 Mercedes-Benz C63 AMG hits the roads, it will be an impressive performance model.

Other 2015 Mercedes-Benz C-Class stories of interest.
Why 2015 C-Class will send BMW scrambling back to the drawing board