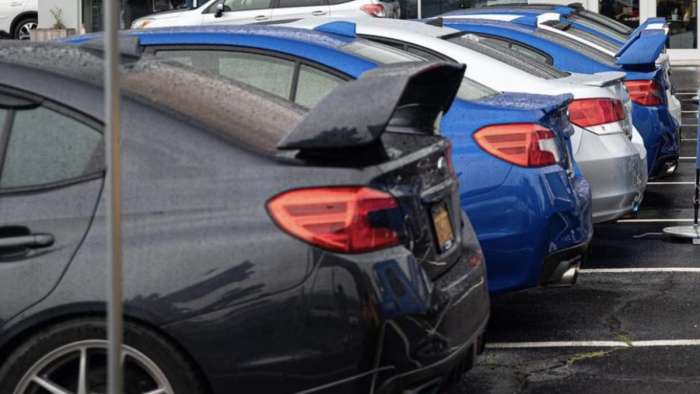 The 2021 Subaru WRX and WRX STI continue to stay hot before the next-generation 2022 WRX and STI arrive. Check out what the performance sedans pulled off again in October.
Advertisement

The 2022 Subaru WRX gets ready to make its U.S. retailer launch, but performance fans are buying as many 2021 Subaru WRX and WRX STI sports cars as they can. While Subaru just announced overall sales dropped 40.1 percent in October, the 2021 WRX and 2021 WRX STI sales increased 35.2 percent over the same month in 2020.

All other Subaru nameplates were down in sales last month, and the two performance sports cars were the only carline again for the second straight month that was up for the month. Subaru reports 2,786 WRX and STI models were delivered to customers last month compared with 2,060 in October 2020, a 35.2 percent increase. 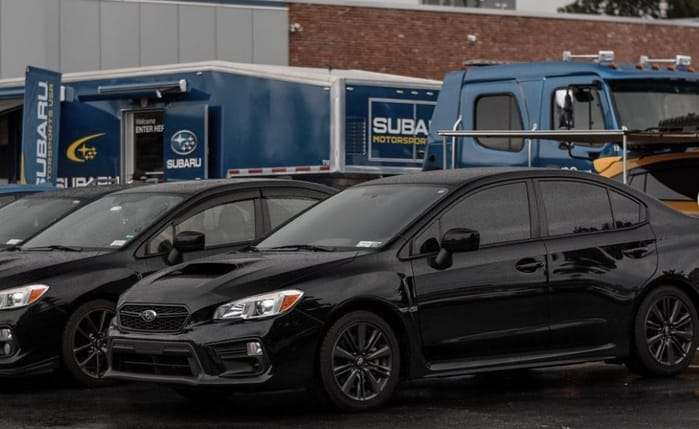 And the 2021 sport-tuned WRX and performance-tuned WRX STI are up 37.2 percent for the ten months of 2021 to again lead all Subaru nameplates. The only other two models up year-to-date are the hot Crosstrek (+21.5 percent) and Outback (+6.8 percent). Subaru Canada reports the WRX and STI had their best sales month ever.

We reported this week, reactions to the next-generation 2022 Subaru WRX are mixed at best. One report says Subaru of America pulled its WRX launch video from YouTube because comments were so negative. You can read the complete report at the link below. 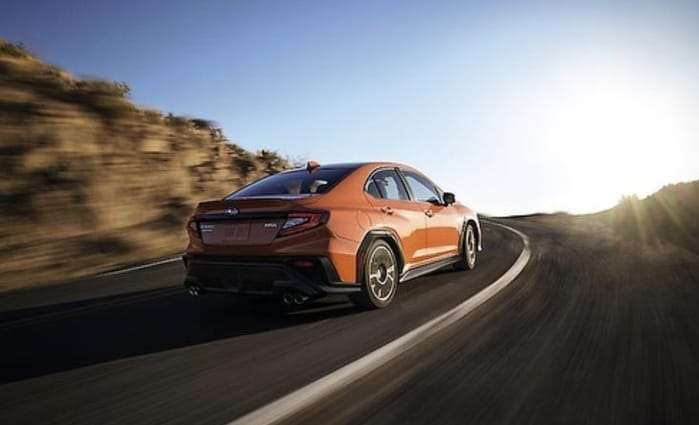 As long as Subaru Corporation keeps building the 2021 WRX and STI, performance enthusiasts will keep buying the fourth-generation sport sedans.

When will Subaru uncover the 2023 WRX STI?

The fifth-generation 2023 WRX STI will also come powered with the FA24 2.4-liter four-cylinder turbocharged Boxer engine. Subaru has been tight-lipped about the performance-tuned by Subaru Tecnica International's horsepower rating. Reports say the new STI will have close to 400 horsepower, but that is speculation.

The 2022 WRX is expected to arrive in early 2022, while the all-new 2023 Subaru WRX STI will be late next year before its global reveal.

Before the 2022 Subaru WRX and 2023 Subaru WRX STI arrive, as Yogi Berra said, "It's Deja vu all over again." The outgoing fourth-generation 2021 Subaru WRX and STI are selling fast again.

Gulo wrote on November 7, 2021 - 8:51am Permalink
It must be the new aesthetics. The 2.4T is supposed to be a pretty good motor to tune for better power. A turbo Impreza or Crosstrek with 6spd manual would be great for running around in the Rockies. My 2016 2.slo/CVT Crosstrek is already pretty fun, and ridiculously efficient if I set the cruise near the speed limit. It's great for my 50-mile all-weather commute.
Drew wrote on November 8, 2021 - 4:42am Permalink
People need to stop suggesting the new STI will have close to 400hp. There is absolutely no evidence to suggest this. The new WRX with a 20% larger motor has 3 more hp and no more torque. It has less torque than any current application of the FA24DIT. How in the hell can you then suggest Subaru would then make the new STI with 90 more hp than currently offered? It makes no sense and it doesn't add up. If they even by some slim chance, that I wouldn't bet a lightly used q-tip on, made this change...the cost would be waaaaay higher. And at $40k+ they would get destroyed by several more affordable, more luxury (as in not the same cheap interior the wrx and sti have had for well over a decade) and more capable vehicles. They've already screwed themselves tbh with the WRX numbers, keeping a cvt that is worse than a light truck transmission, and no more power, and talks of "we made this super thick torque curve", noone asked for. It is going to be real interesting how they play this out and the damage control they have already started on. But one thing it won't be, is 400 hp..or anywhere near it. -2015 WRX preorder owner
Petrera Alfonso wrote on November 8, 2021 - 8:21am Permalink
Est ce que le wrx sti sera au marché en Europe. Sinon comment puis-je me procurer une subaru wrx sti . Merci d'avance Salutations
Curtis Murphy wrote on November 8, 2021 - 1:17pm Permalink
If this isn't a wake-up call to Subaru that they seriously messed up the incoming model then they deserve everything that's coming to them. Seriously, name one other model from any manufacturer that sees an uptick in sales after the new model is officially announced. If they had introduced somthing that was truly compelling sales of the outgoing model would have dropped like a stone.

LG's New EV Battery Plant Is a Welcome News for Tesla
Tesla Giga Berlin's New Hurdle: It's Not Only the Gov't, but Now Tesla Itself
END_OF_DOCUMENT_TOKEN_TO_BE_REPLACED