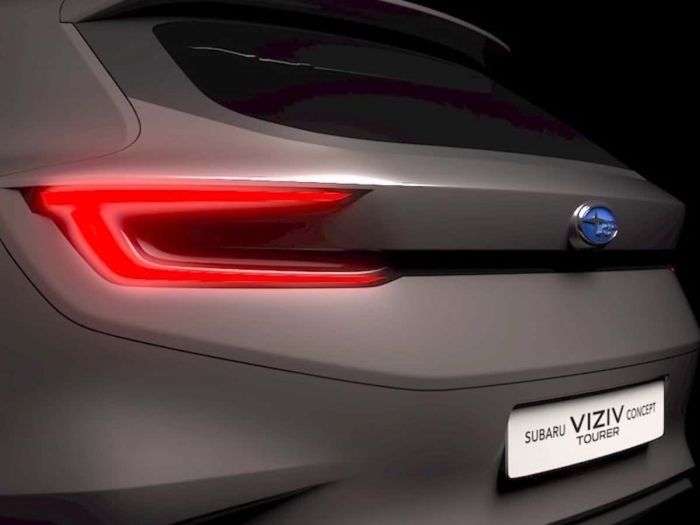 Subaru WRX STI fans want a 5-Door hatchback body style, and if the new VIZIV Tourer Concept breaking cover in Geneva isn’t it, the brand isn’t paying attention. The all-new fifth-generation Subaru WRX STI will get a new exterior design language as revealed in the VIZIV Performance Concept car introduced at the Tokyo Motor Show, but will Subaru bring back the 5-Door hatch?

Subaru will unveil the new VIZIV Tourer Concept at the Geneva Motor Show on March 6, and it needs to be a next-generation 2020-2021 WRX STI hatch. Subaru has produced a series of VIZIV concepts, the name derived from the phrase “Vision for Innovation.” Starting at Geneva in 2013, the VIZIV series has included crossover, hybrid, performance and seven-seat concepts, but not all have made it to production.

This VIZIV concept is Subaru Corp’s fifth project exploring the tourer design. Subaru WRX STI fans have been asking for a 5-Door hatch since Subaru dropped the body style on the new-generation 2015 model and Subaru needs to deliver one. The VIZIV Performance Concept was a preview of the next-generation 2020-2021 Subaru WRX STI, but it was a sedan body style.

It gives performance enthusiasts a good idea of what the designers at Subaru Corporation have in mind for the future direction of the new performance model. Subaru needs to get more aggressive with the new 2020 design, and they need to bring back the 5-Door Hatch WRX and WRX STI.

Subaru fans want the hatch body style for its greater utility and cargo-carrying ability. The new-generation STI could also use a hatch body style to compete with the new Honda Civic Type R, and Volkswagen Golf R hot hatches. It does have its place in the WRX STI lineup and if Subaru doesn’t deliver it, they aren’t listening.