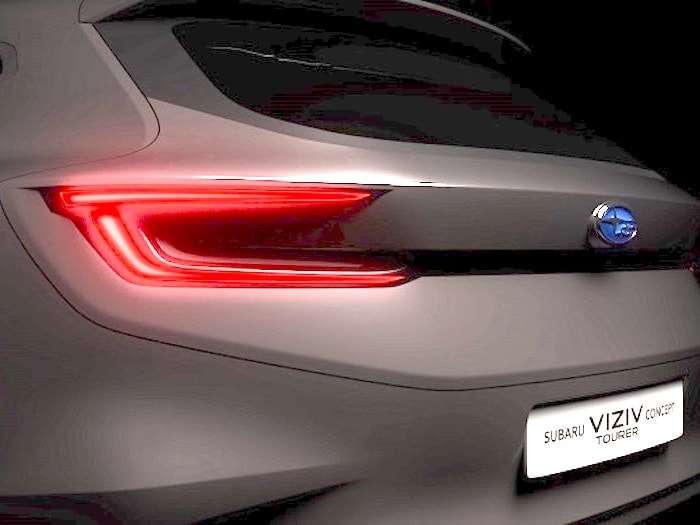 Subaru Corporation will unveil a new VIZIV Tourer Concept at the Geneva International Motor Show. Is this a WRX STI hatch preview?
Advertisement

Subaru brings the next version of its VIZIV concept vehicles to the Geneva International Motor Show at the 88th Geneva International Motor Show, Switzerland, on March 6. Subaru teased the new VIZIV Tourer Concept that could be a 5-door hatchback preview of the next-generation 2020-2021 Subaru WRX STI. Subaru already has the Levorg tourer for the Japan, Australian and European markets, so we don’t see Subaru producing another hatchback model.

In recent years, Subaru has produced a series of VIZIV concepts, the name derived from the phrase “Vision for Innovation.” Starting at Geneva in 2013, the VIZIV series has included crossover, hybrid, performance and seven-seat concepts, with this year’s fifth project exploring the tourer design. Subaru WRX STI fans have been asking for a 5-Door hatch since Subaru dropped the body style on the new-generation 2015 model.

WRX/STI owners want the extra utility the hatch offers over the sedan and they use their performance cars for transporting cargo and sports equipment on the weekends. Subaru recognizes the need for more cargo-carrying ability in the performance sedans and now all 2018 WRX and STI models feature new mounting brackets for easier mounting to carry snowboards, bicycles and cargo carriers on the roof. It’s a good addition, but it still doesn't offer the versatility and usability of the 5-Door.

The new-generation STI needs a hatch body style to compete with the new Honda Civic Type R and Volkswagen Golf R models. Could Subaru be revealing a next-generation 2020-2021 Subaru WRX STI hatch body style in Geneva? The Subaru VIZIV Tourer Concept will be unveiled at the press briefing scheduled for 11:15 AM (Central European Time) on March 6, at the Subaru show stand. The Geneva International Motor Show is open to the public March 8-18, 2018. Stay tuned.