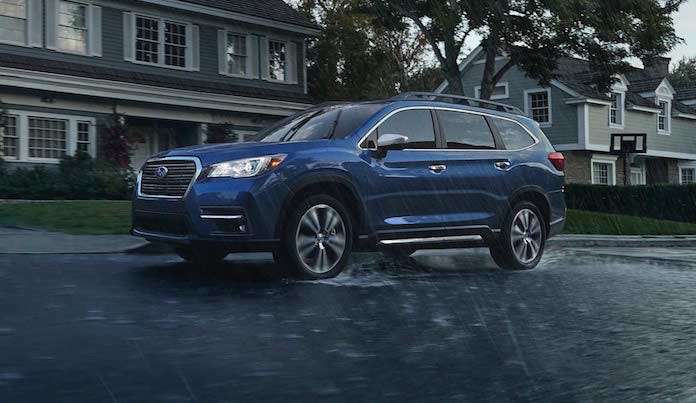 The all-new 2019 Subaru Ascent will ride on Falken tires. How will it benefit families?
Advertisement

Falken Tire just announced the all-new 2019 Subaru Ascent 3-Row family hauler will ride on their ZIEX ZE001 all-season tires. The tires will be the only brand Subaru will use on the new Ascent all-wheel-drive vehicle when it rolls off the line in Lafayette, Indiana.

The ZIEX ZE001 A/S Falken tires should give improved significantly enhance hydroplane resistance and stability in wet conditions because of the unique design to “effectively evacuate water” from the tires when driving in severe conditions.

Subaru will also bring their VDC (Vehicle Dynamic Control) technology to the new Ascent. Originally developed for the aerospace industry, VDC comes standard on the new family hauler. In three words, VDC prevents skids. The system uses sensors to let the Ascent know exactly where you want the vehicle to go, where it's actually going, and makes sure those two places are the same.

In a curve, you know where you want to go, but wet road conditions could cause the wheels to move laterally, sending the car into the ditch. If this happens, VDC will reduce engine power and/or apply the brakes to slow down individual wheels, pulling Ascent back into your intended path through the curve.

The Falken tires working in concert with the VDC technology should make the all-new 2019 Subaru Ascent 3-Row Crossover a safer vehicle for families.