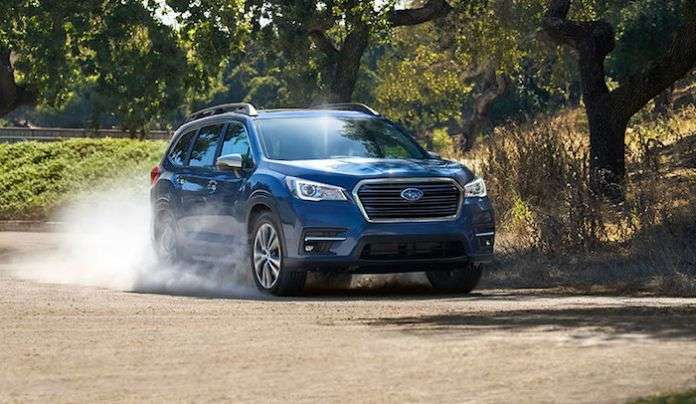 What Is New Subaru Ascent "VDC" and Why Families Want It

The all-new 2019 Subaru Ascent gets a technology called VDC. What is it and why do families want it?
Advertisement

With the new 2019 Subaru Ascent 3-Row crossover just uncovered in LA, many families will be taking a look. The Subaru brand puts an emphasis on safety and the Ascent offers a bit more than other crossovers because it comes with standard all-wheel-drive, and it features another less well-known technology called VDC. Three words explain why families will want it.

Subaru Corporation started out as an airplane manufacturer 100 years ago, and they are still involved in the aerospace industry today. It’s where they got their VDC (Vehicle Dynamic Control) technology. Originally developed for the aerospace industry, it comes standard on the new 2019 Ascent. First introduced as an option in 2001, it has been standard on every Subaru since 2009.

How does VDC work?

In three words, VDC prevents skids. VDC uses sensors to let the Ascent know exactly where you want the vehicle to go, where it's actually going, and makes sure those two places are the same. In a curve, you know where you want to go, but road conditions could cause the wheels to move laterally, sending your car into the ditch. If this happens, VDC will reduce engine power and/or apply the brakes to slow down individual wheels, pulling your car back into your intended path through the curve.

A host of technologies help prevent skids and accidents

Other technologies are also at work keeping you and your family safe. The new 2019 Ascent 3-Row family hauler uses a host of different technologies to prevent skids and accidents. Electronic Stability Control (ESC) helps you stay in control due to unexpected understeer or oversteer by applying individual brakes, reducing engine power, and shifting torque distribution to regain vehicle stability, therefore aiding driver control.

Traction Control System (TCS) reduces engine power to minimize wheel slip. TCS Limited Slip Device (LSD) transfers power from the wheels that slip to the wheels that grip to help maintain traction and control. Electronic Brakeforce Distribution (EBD) is the electronic control of braking pressure to the front and rear wheels all the time, and Brake Assist is a driver assistance system that works to minimize stopping distances in emergency situations by ensuring stopping power is maximized.

The new 2019 Subaru Ascent comes standard with Vehicle Dynamic Control technology that in a nutshell, helps prevents skids. If you are in Los Angeles, check out the Ascent at the LA Convention Center, December 1-10. Watch the short video clip to get an idea of how VDC works.

LG's New EV Battery Plant Is a Welcome News for Tesla
Tesla Giga Berlin's New Hurdle: It's Not Only the Gov't, but Now Tesla Itself
END_OF_DOCUMENT_TOKEN_TO_BE_REPLACED