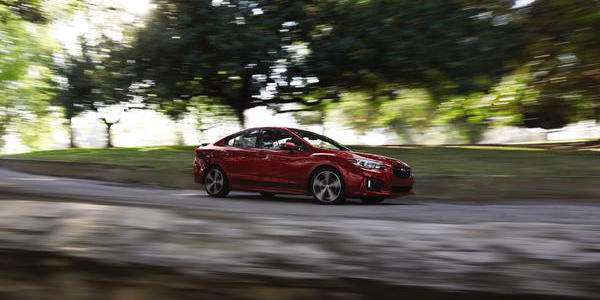 The all-new 2017 Subaru Impreza is on display at Japan’s EcoPro 2016. How does it help promote environmental stewardship?
Advertisement

Millennial-focused offerings like the new 2017 Subaru Impreza better be fuel-efficient and safe for a new generation of consumers. Subaru also wants buyers to know they care about protecting the environment.

Fuji Heavy Industries makes the new 2017 Subaru Impreza and the automaker has it on display at Japan’s EcoPro 2016. It’s an International Exhibition on Environment and Energy. The largest environmental exhibition in Japan runs from December 8-10 in Tokyo. The automaker wants to show off their newest remade model, and they also are showcasing their environmental stewardship.

Consumers can be confident the automaker not only builds a safe, fuel-efficient car, but Subaru is also are about protecting the planet. Subaru will showcase the Impreza’s new safety systems by giving visitors an “eco-car test ride”. They will also let them know about their global environmental protection activities.

It’s more than talk for the automaker

Protecting the environment is not a new idea for Subaru. They have a zero landfill operation at their plant in the U.S., and they help reduce the environmental footprint at U.S. National Parks. At Japan’s EcoPro 2016, they feature displays on the reuse of tires reclaimed from Subaru dealerships as paving materials, reuse of waste oil recovered during oil changes as recycled fuel for greenhouse heating, environmental protection activities at overseas subsidiaries, and other initiatives showcasing the Company’s environmental stewardship.

The 2017 Impreza compact sedan and 5-Door hatchback models are built at the zero landfill plant that’s also been designated a Backyard Wildlife Habitat by the National Wildlife Federation. Wildlife like the blue heron, snapping turtles, coyote, white-tailed deer and bald eagles make it their home.

The new Japan-spec 2017 Impreza is equipped as standard with Subaru’s EyeSight driver assist system and a pedestrian protection airbag in the aim of achieving zero fatal traffic accidents. It also gets a revamped direct fuel injection engine that improves fuel efficiency, boosting output while reducing fuel consumption. Subaru is about protecting its customers and the environment.