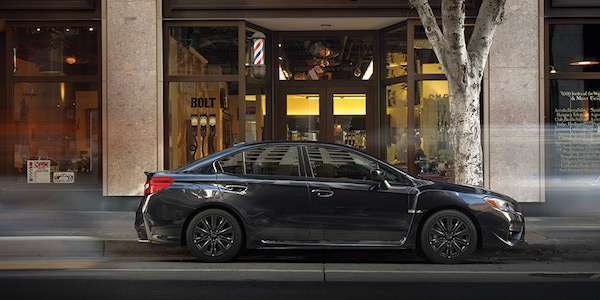 The 2016 Subaru WRX takes home Wards 10 Best Engines and it’s two years in-a-row for the WRX’s 2.0-liter turbo boxer. What was different this year that impressed the editors about the Subaru WRX powerplant?
Advertisement

Leading up to the final days of the competition, the company that is everything automotive takes each car and does an extensive test drive before they make their final selections. Jim Irwin from Wards Auto, drove the 2016 WRX in eastern central Ohio through roller coaster hills on two-lane roads to get some seat time with the 2.0-liter turbo.

Last year, when the 2015 WRX was selected for the honor, its new 2.0-liter engine was recognized for its engineering, performance, drivability and efficiency. Chosen from a field of 37 powertrains, Ward’s editors were most impressed with the new WRX 2.0-liter’s performance. This year, the engine is one of 31 nominees and one of eight Wards Auto four-cylinder nominees for their 10 Best Engines for 2016. This year, it was the powerplant’s efficiency that caught their attention.

After his test drive in Ohio, Irwin said, “I averaged 24 miles a gallon in city driving and 31 on the Interstates, numbers that easily beat the WRX’s EPA estimates. Chalk that up to features including direct injection, twin-scroll turbocharging and Subaru’s Active Valve Control System, which micromanages intake-valve function by computer.”