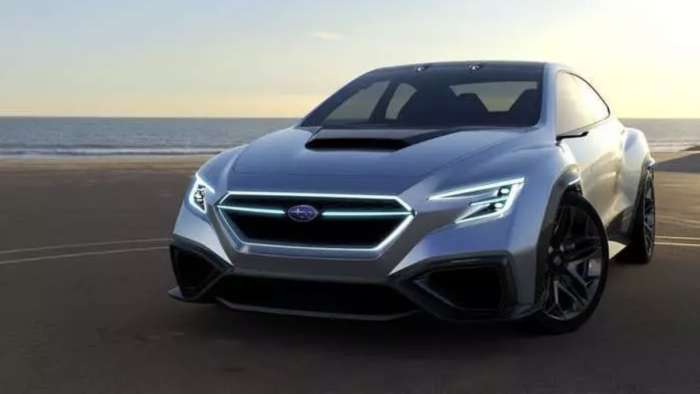 There is good news for the next-generation Subaru WRX STI. See why bolder exterior styling could be coming to the STI.
Advertisement

The problem many performance fans had when the current-generation Subaru WRX STI arrived in 2015, was the styling didn’t look like the wildly popular WRX Concept. Masahiko Kobayashi was the design chief at Subaru Corporation and he was criticized for not bringing exterior changes that were more extreme. Subaru has always been conserved in its styling. Look at the Forester and Outback which had minor design changes for the new-generation models.

But there is good news for WRX STI enthusiasts who have been asking for more aggressive styling on the next-generation performance models that are in the works now at Subaru. Masahiko Kobayashi is out as design chief and Mamoru Ishii is now the head of the company’s design department. 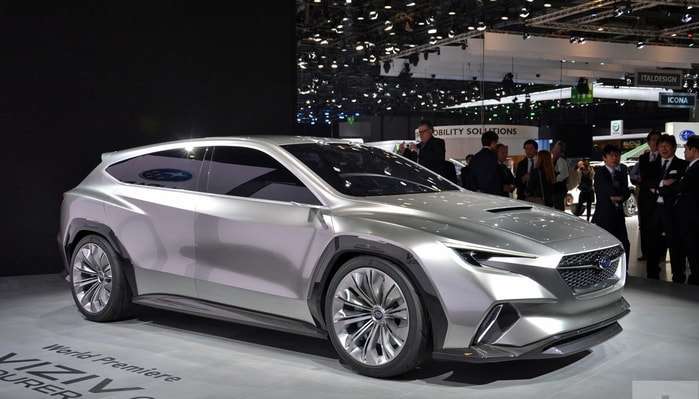 Kobayashi was Subaru's design chief for 20 years and designed the original Outback, Legacy GT, several WRX STIs and Foresters, and the subcompact Crosstrek. He’s now left Subaru and is an independent designer. With the switch to Mamoru Ishii, we can get an idea of his philosophy with the VIZIV Tourer concept introduced at the 2018 Geneva auto show. It represents a completely different approach to design.

In an interview at the Geneva Auto Show, Ishii talked with Digital Trends and told them he plans on taking Subaru’s design language (and the WRX STI) forward by “listening to what customers want and staying in tune with market trends.” That’s good news if he follows through on his plan. You could see a very different exterior styling compared with the current-generation model. 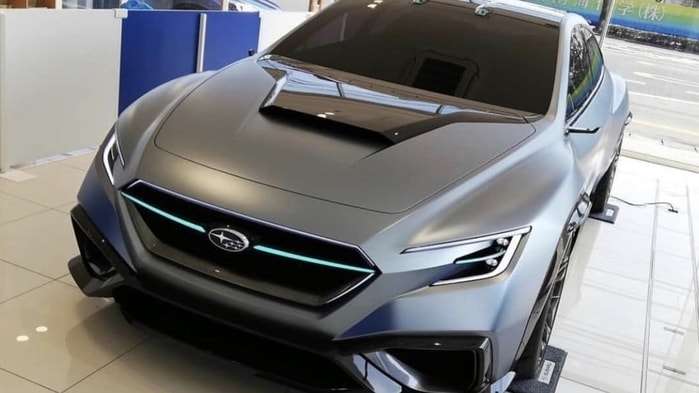 He told Automotive News, "We are moving to that next step, aiming for a product that the customer will buy because of the design, a design that has excitement, emotion, one that is solid and dynamic.”

In order for the next-generation Subaru WRX STI to be a market force, Subaru Corporation will need to give performance enthusiasts something special. The WRX STI is still the flagship model with many Subaru fans and it represents what the brand is known for, fast, fun-to-drive cars developed from Subaru Tecnica International’s involvement in motorsports that carries over to its SUVs and wagon models. 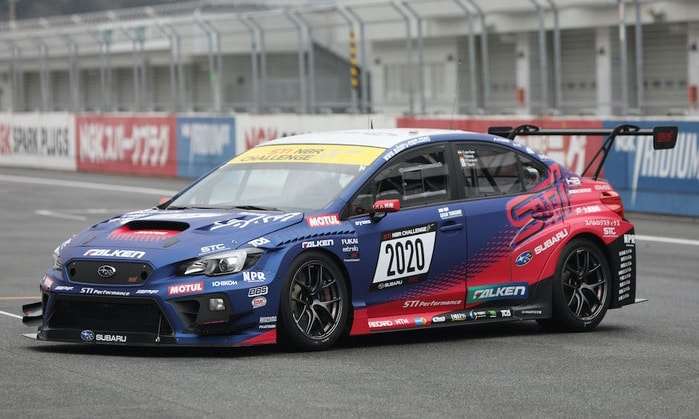 Subaru motorsports influences the brand and especially the STI

Look for the next-generation Subaru WRX STI to arrive sometime late next year as a 2022 model year. Fans are hoping for a bolder exterior design and a return of the STI hatch. Stay tuned.

SubaStar wrote on March 31, 2020 - 3:46am Permalink
Can you imagine Subaru finally starting producing good looking cars? That would be a major change in his history!
50thSTI wrote on March 31, 2020 - 7:37pm Permalink
Hmm...not sure it can be a Subie if it's not a little ugly!
Anthony wrote on March 31, 2020 - 7:15am Permalink
The current model was released in late calendar year 2013. Where on earth did you get 2015 from?
SubaStar wrote on March 31, 2020 - 3:08pm Permalink
Correct. I got my MY2013 hatchback in May, when the new model was entering the showrooms in September.
SUBARU-KSA wrote on March 31, 2020 - 6:10pm Permalink
I don't think the current model was released in 2013, I own a 2016 STI and this generation as far as I know was introduced in the market in early 2015 or maybe late of 2014.
SubaStar wrote on April 1, 2020 - 3:31pm Permalink
Subaru is used to market in summer/autumn the MY of the following year. Means that in Autumn 2013 was introduced the MY2014.
SUBARU-KSA wrote on March 31, 2020 - 6:21pm Permalink
Can't wait till the next generation is released. I don't know why I'm so excited even though I'm not planning to purchase because I have my 2016 STI with low mileage and it is somehow depreciated at least in the market here where I live. I guess my excitement is due to me being a fan of Subaru and a committed follower to the latest news of this brilliant brand and who knows I might someday purchase the upcoming model. What makes me wonder actually is those voices that demand the return of the hatch; I mean it looks great and practical but why the sedan is so unloved? The sedan is still superb if not better, at least in my eyes. Thank you Torque News for keeping us updated.
555 wrote on April 1, 2020 - 1:11pm Permalink
There hasn't been a goog looking Subaru since the 4th generation Legacy sedan and wagon. However, Subaru messed up the Legacy and it's basically a sedan version of the SUV/CUV Outback(calling the Outback a wagon is laughable since it is bigger and has more ground clearance than most SUV/CUVs) it competes against.
Steve B wrote on April 2, 2020 - 12:56pm Permalink
I drive 2015 Limited 6MT tuned 305 hp / will be at the dealer to order hatch the moment they are available whether STI only or Limited package. Must have standard transmission. Got my money in hand.
Luis Arroyo wrote on April 4, 2020 - 1:21pm Permalink
Hopefully they release the new gen this year or not ill just lease the 2020 until the bad boy comes out
Sarah wrote on April 22, 2020 - 12:01pm Permalink
I thought the word was that the new WRX/STI body style was due out this year (2020) as a 2021 model. That's no longer the expectation?
Ched wrote on April 29, 2020 - 1:11am Permalink
I put this out there in hopes Subaru somehow scans these comments on news sites. MUST BRING THE WAGON TO NORTH AMERICA! That Outback has no flair or driving fun. Give us that Levorg STI Sport concept or maybe a full on sti version of it. That gets done, I’m buying it hands down.
Amy wrote on May 25, 2020 - 11:31am Permalink
This looks like a Toyota. Gross. I was waiting to buy a new subie but not if this is it. Hard pass.

Tesla-Funded Research Reveals One of The Biggest Mysteries of EV Battery
Tesla Tesla Buyer Nets a Whopping $12,000 Discount After Asking for Reduction
END_OF_DOCUMENT_TOKEN_TO_BE_REPLACED