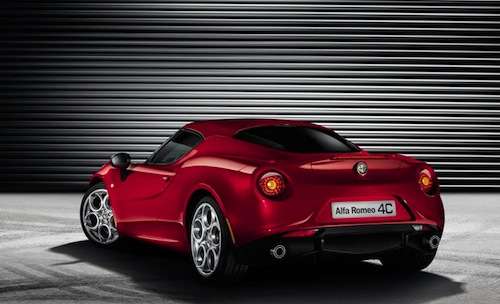 David Bowie is making a comeback after a 10 year absence with “The Next Day” album and the 2014 Alfa Romeo 4C is launching and both are using the past to project into the future.
Advertisement

It’s been 10 years since David Bowie’s last album and he is making a comeback with his new album release, “The Next Day.” Alfa Romeo and Sony Music Italy have partnered together through a viral campaign with the new 2014 Alfa Romeo 4C for the early March release of the new album. The use of the simple white box on the album cover has spawned debates and is getting nearly as much attention as the 66 year old Bowie is with his new music.

"The Next Day" is David Bowie's 30th album and has topped the iTunes charts in at least 21 countries around the world so far. Jonathon Barnbrook, album designer for "The Next Day," says the album has “nearly taken on a life of its own, stirred up debate and even has a meme on Twitter.” According to the UK’s Independent, they said it is "the "greatest comeback album ever." Alfa Romeo is also making a comeback around the globe with the launch of the all-new 2014 4C. The Italian automaker is collaborating with Sony Music Italy with a new project.

Using the past to project into the future

The project involves the online dissemination of images that evoke “illegame” between past and future. People are wondering whether Bowie is looking to the past or to the future with his new album. Hard core Bowie fans will recognize the previous album cover from the “Heroes” release in 1977. Alfa Romeo will be using a number of images of the new 4C through a special playlist on Spotify, to project the car into the future. Alfa Romeo also uses the past with design cues to project the new 4C into the future.

Spotify, is the service of streaming launched in Italy in February, and Alfa Romeo celebrates the new Bowie album through a special playlist with the support of the brand. The shots of the new 2014 4C are inspired by “the centuries-old tradition of the brand in the future by projecting the true values of the brand.” Bowie said, "In our lives we spend endlessly day after leaving the past behind because we have no other choice" This partnership will help Alfa Romeo feature the Italian style, performance and technical excellence and driving pleasure of the new 4C.

Bowie and new 4C have a lot in common

These are the concepts that Alfa Romeo has tried to mate with the launch of the new 4C. The supercar’s compact design is inspired by the brand's glorious past “and project into the future the values of technology and emotion.” Alfa Romeo will use images of the 4C in rotation with other subjects of general portals and music sites, as well as on social media for Alfa Romeo. In addition, the campaign will invite users to create images that represent their concept of "The nextday."

"Who better than an eclectic and innovative artist like David Bowie can be what you want to be for the Alfa Romeo 4C - says Maurizio Spagnulo, Marketing CommunicationDirector Alfa Romeo -. From the mid-sixties Bowie has spanned five decades of rock music constantly reinventing his style and his image without distorting its essence. We could not support his comeback, now that Alfa Romeo is on the market with a completely renovated but at the same time consistent with what the brand has always been: Italian style, performance and technical excellence aimed at maximum pleasure driving safely. "

The all-new 2014 Alfa Romeo 4C is capturing the attention of the auto world with its launch, while David Bowie is making a comeback with his new “The Next Day” album. Both have a lot in common and are hoping for a successful launch in music and automotive innovation.