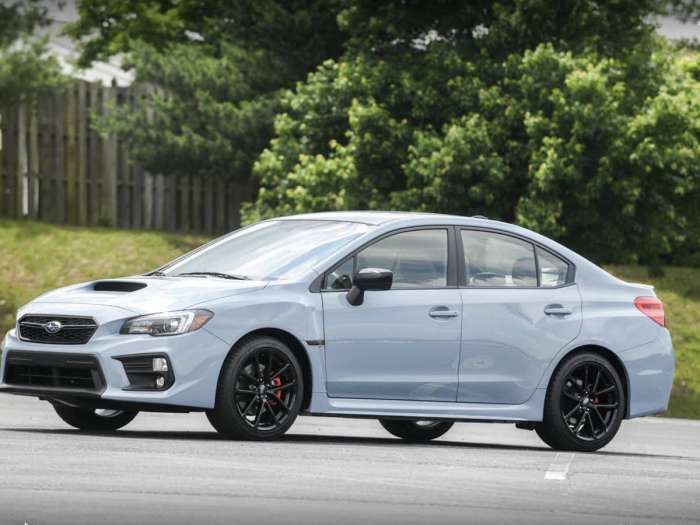 Only 100 examples of the new Limited Edition 2019 Subaru WRX RAIU are coming to Canada. Hurry if you want one.
Advertisement

If you want one the Limited Edition 2019 Subaru WRX RAIU special models, you better act quickly. Subaru Canada announced only 100 examples will be produced for performance fans north of the border. It’s the first special edition WRX Subaru Corp has produced for Canada in 15 years. The word RAIU is Japanese for thunderstorm or lightning storm which is what the Japanese automaker wants this new limited edition WRX to be.

If you want one of the ultra-exclusive 2019 Subaru WRX RAIU special models, you better act quickly, only 100 examples of the Limited Edition trims are being made available in Canada. Starting price for the WRX RAIU will be $40,995 (Canadian) and they will be arriving in showrooms soon.

LG's New EV Battery Plant Is a Welcome News for Tesla
Tesla Giga Berlin's New Hurdle: It's Not Only the Gov't, but Now Tesla Itself
END_OF_DOCUMENT_TOKEN_TO_BE_REPLACED