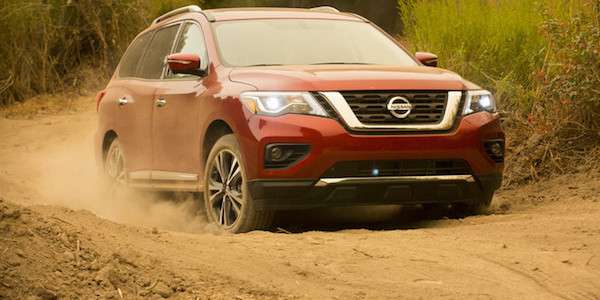 According to Consumer Reports, there are 7 vehicles that owners regret buying the most. Nissan has 2 on the list, what are the other 5 cars?
Advertisement

Consumer Reports just came out with their top 7 vehicles buyers regret buying the most. The Pathfinder crossover and Frontier mid-size pickup make the list for Nissan. What are the other five?

More than 300,000 Consumer Reports subscribers told them which cars they like the least in seven different categories because of a range of issues. They asked owners of new cars if they would buy the same car again. Many said they would not. Consumer Reports broke down the cars into seven vehicle segments. Here are their findings.

The top seven vehicles owners would not buy again

CR says not a single aspect of the Nissan Pathfinder was rated highly by its owners. Only 49 percent of owners, said they were satisfied with their purchase. Unscheduled trips to the dealer, uncomfortable seats and lower than advertised fuel mileage were top complaints.

Owners of the Nissan Frontier complained about excessive road noise, clumsy steering, and difficulty maneuvering in parking lots, causing one owner to say, “The turning radius is terrible.” Unsupportive seats, a stiff ride were other complaints from the Frontier’s owners, and one owner said it was a “poor companion” on long trips.

In Nissan’s defense, the Pathfinder has been completely remodeled for 2017 and the Frontier is due for a major overhaul next year. Check out CR’s video below to see the other 5 vehicles.

James D wrote on December 24, 2016 - 12:34pm Permalink
My 2015 4X4 Nissan Frontier SL crew cab long bed with every option available is a very quiet pickup. There is no road noise, The complaints above are probably from aggressive 4X4 tires. I have heated leather power seats, an outstanding 10 speaker stereo system, 4X4, heated mirrors,rear backup camera display, there is nothing to not love with a fully loaded Nissan Frontier.
Ed wrote on December 24, 2016 - 10:20pm Permalink
Own 2014 Nissan Pathfinder and find it to be a great, reliable and efficient vehicle for my family. Very pleased and would highly recommend it.
canuk wrote on December 27, 2016 - 8:50am Permalink
I love my Frontier because it's rock solid and reliable. Worst vehicle I ever owned, a Toyota. CR ratings I just dont put any weight on it at all, after all they seem to be rating everything from dishwashers to lawn mowers to vitamins to cars and everything in between, call me sceptical.
Wallace wrote on December 30, 2016 - 11:50pm Permalink
This hit piece was ridiculous. The majority of the complaints you note are things a buyer should have discovered during the test drive, ride, power, seat comfort, cabin noise, interior quality.. Just because a buyer does a poor job testing vehicles isnt the fault of the vehicle. Yes mechanical issues cant be found during a test drive, but that isnt the predominant issue here. This is a hack job and should be considered fake news.
Ian wrote on January 1, 2017 - 4:46am Permalink
Wow, online commenters with anecdotal experiences trying to discredit aggregate data. Haven't seen this kind of behavior before. /sarcasm Nissan cars have had ho-hum build quality, reliability, and driving dynamic ever since Renault's takeover. The only notable exceptions are the Z and GTR, but both cars pale in comparison to their respective competition in overall quality and driving experience. I am amazed at the number of sheeple who insist on buying Nissan.
canuk wrote on January 2, 2017 - 9:30am Permalink
12 Nissan cars and trucks have been part of this family, all stellar reliability no exception. As long as it remains like this we will continue to be sheeples, satisfied ones at that. We owned 1 Toyota on the recommendations of a friend, was a disaster. I have no faith in CR.
Roy Tyrell wrote on January 16, 2017 - 5:08am Permalink
The nissan frontier is the single most traded vehicle within 24 months of ownership of *any* vehicle. I owned oneforjust that long before trading in that highway canoe for a titan. I am amazed the Titan has never been populsr - for me it was a GODSEND. I simply did not even realize how much I hated the frontier until I got rid of ot. The frontier sucked gas like a greedy pig - every bit as much so as the titan. I think people buy the frontier (know I did) thinking a full size is "too much" only to have almost instantaneous buyers remorse as soon as you get into a full size for a ride or a more comfortable midsize. The most gawd-awful uncomfotable interior / torture center ever put into a vehicle (ditto xterra). Absolutely love my titan (I got it fully decked out - luxo / leather pro 4x). But even down scale models are hugely comfortable. My friends titan has 300,000 miles with oil changes, a couple new batteries, tires and that's it. I dont understand it. Saledmen must bd trained to get you into these torture chambers maybe 'cause markup is higher? Maybe cafe standards? Bottom-line: get. the. TITAN