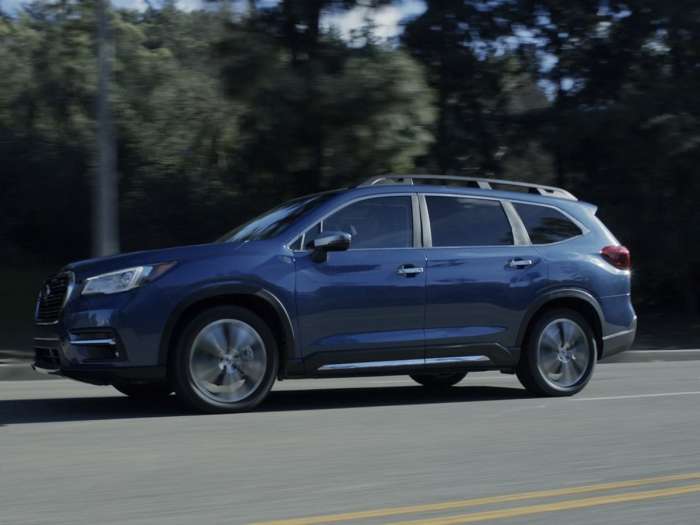 Buy A New Subaru Forester, Outback, Or Ascent, Get A Second Set Of Eyes

Subaru sells their one-millionth vehicle equipped with EyeSight safety assist system. What does it mean for consumers?
Advertisement

Subaru Corporation has stated they want to be the overall safety leader in the world. They do it with their driver-assist safety technology installed on their lineup of all-wheel-drive vehicles. Now the Camden N.J automaker reports they have sold their one-millionth vehicle equipped with EyeSight driver assist system that helps prevent accidents.

Subaru of America didn’t say what vehicle in the stable was or who the customer was, but it was likely a 2019 Subaru Outback, Forester, Ascent or Legacy, their four vehicles that come standard with the safety feature. Even if you don’t own a Subaru vehicle, there are one million of their vehicles with the system making roads safer for consumers in the U.S.

Other automakers have safety systems, Honda has Sensing technology while Nissan has ProPilot, just to name a few. What sets Subaru's EyeSight apart is in the Japanese automaker’s approach to achieving the capability. EyeSight acts like a second set of “eyes” using two cameras that flank the rearview mirrors, giving the system its vision ahead detecting any potential dangers. This location also keeps the camera eyes free from debris like ice and snow.

Think of it like having a driving instructor along with you, not being intrusive, but there for you if your attention is taken away from the road or if you are distracted while driving. The system will not hesitate to step in if it's really necessary to prevent a crash or, at the very least, reduce the actual impact.

Every Subaru vehicle with an automatic transmission can be equipped with EyeSight. For the 2019 model year, EyeSight comes as standard equipment on the all-new Subaru Ascent family hauler as well as the Outback SUV/Crossover, Legacy sedan and newly-redesigned Forester SUV. Buy a new 2019 Subaru Forester, Outback, Ascent, or Legacy, and you get a second set of eyes.