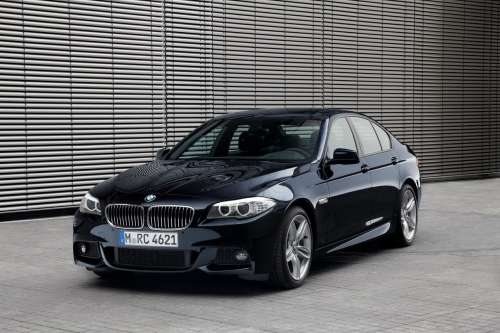 BMW will be offering two new diesel options in the U.S. beginning in the 2013 model year.
Advertisement

Americans are finally embracing diesels and are figuring out what our friends in Europe have known for decades. The diesel is one of the most efficient internal combustion engines produced today. And BMW is paying attention to the increase in sales in the U.S. and is responding by bringing two new diesel engine offerings to the U.S. in 2013. According to Bimmer File, BMW announced that the U.S. market will see a 2.0-liter four cylinder oil burner, and 3.0-liter inline six diesel engine in the next twelve months.

Diesel engines have been widely used in Europe for decades and this is what they drive; small, maneuverable, fuel efficient diesel cars. And Americans are finally getting it. From information compiled by HybridCars and Baum and Associates, they report that sales of diesel cars in the first quarter of 2012 have jumped an impressive 35 percent.

As diesel technology continues to evolve, we’ll continue to see diesel engines being used more here in the U.S. In fact, diesel engines are the most environmentally friendly power source available today. BMW isn’t the only German manufacturer who is producing the fuel-efficient powerplants. Mercedes-Benz and VW have two award-winning diesel engine offerings here in the U.S.

The report says that BMW will be offering a 2.0-liter four-cylinder diesel engine that produces 180 horsepower and 280 lb. ft. of torque. The oil burner will feature the latest direct-injection technology and will be turbocharged. BMW says the new engine will be their highest mileage engine and will outperform their hybrid offerings.

BMW will also offer a 3.0-liter in-line six diesel engine that will pump out 255 horsepower with an undisclosed amount of torque. But you can expect it to be over 400 lb. ft. BMW claims the U.S. variants will see “significant mileage improvements” over the current 35d engine found in the 3-Series and X5. The engine will likely come matched to an eight-speed automatic transmission.

Both diesel engines announced by BMW will utilize SCR to reduce emissions in order to make them legal in all 50 states. The reason why we haven’t seen more diesels in the U.S. has been because of low sales in the past, and the EPA has more stringent requirements for controlling NOx (Nitric Oxide) than in Europe. The technology exists, but it’s expensive to develop and raises the sticker price of the car considerably. And with the cost of diesel outpacing gasoline, few of these cars have been certified for sale in the U.S. BMW didn’t say which models will be motivated by the new diesels, but the X3 and 5-Series are good possibilities.

Things are beginning to change here in the U.S. as diesel sales continue to grow. Look for more diesel offerings from BMW, Mercedes- Benz and Volkswagen.