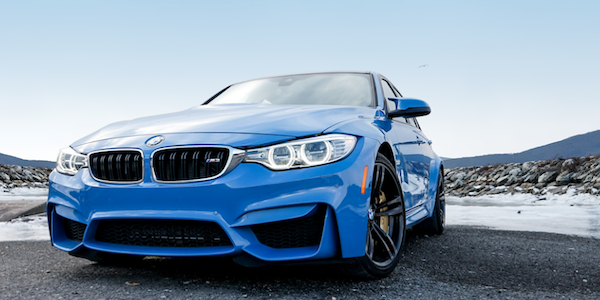 May marks the 40th anniversary of the BMW 3 Series. What makes the iconic car the most successful BMW of all-time?
Advertisement

BMW is celebrating 40 years of an icon, the BMW 3 Series, and it’s the most successful BMW of all-time. BMW says it’s “the world standard in its segment.” What sets the 3 Series apart from the rest?

BMW is reporting April sales increase in the U.S. and much of that success is due to strong sales of the BMW 3/4 Series with an increase of 5.9 percent. Ludwig Willisch, President and CEO, BMW of North America. “All of us at BMW are excited about this season because starting right now, in May, we are celebrating 40 years of an icon, the BMW 3 Series, the most successful BMW of all-time and the world standard in its segment.”

BMW 3 Series was recently honored by Automobile magazine. BMW has not forgotten what their core values are and have kept the 3 Series responsive, compact, fun to drive and connected to the driver. “We strive to keep the iconic BMW 3 Series evolving as the benchmark among sport sedans, and recognition like this is reassurance that we are doing our jobs,” said BMW of North America’s Chairman and CEO, Ludwig Willisch. “We thank Automobile for this prestigious honor.”

Performance fans can upgrade to the M3 which exemplifies the brands motorsports roots. The original philosophy of the M3 was to provide a good daily driver that owners could also take to the track and drive hard. It was designed by BMW to be a track-capable car. BMW M division developed the engine, brakes, cooling system and suspension to provide a very emotional enjoyable driver. The original 1986 M3 employed race-car technologies and concepts into a daily driving sports car. That’s still the M3/M4 philosophy today we see in the 2015 M3/M4 fifth-generation car.

It’s not a surprise that the 2015 BMW 3 Series continues to be the brands top seller after 40 years. The BMW 3 Series is an icon for the German automaker and remains to this day the quintessential BMW.

Tesla Contemplates A New Strategy for China Retail even As Sales Boom
Jay Leno on Elon Musk & EVs: “I Think He Should Get ... Credit"
END_OF_DOCUMENT_TOKEN_TO_BE_REPLACED