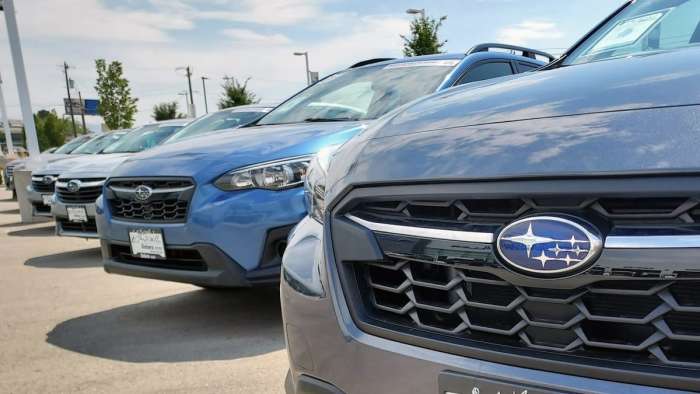 Automakers Are Finally Figuring Out What Subaru Knew All Along

How does Subaru of America deal with the new car shortages of the 2022 Forester, Outback, and Crosstrek? Other car brands are finally figuring out what Subaru knew all along.
Advertisement

Subaru of America's new vehicle supply of 2022 Subaru Forester compact SUV, Outback midsize SUV, Crosstrek subcompact SUV, and other models just dropped to a four-day supply, according to the Automotive News Research and Data Center. How does Subaru deal with the new car shortages during supply chain issues?

A report from Automotive News reveals it's not all that new for Subaru of America as they have been used to tight vehicle supplies. Subaru retailers learned from years of selling supply-contained Subaru Forester, Outback, and Crosstrek to squeeze inventory by selling deeper into the production pipeline. 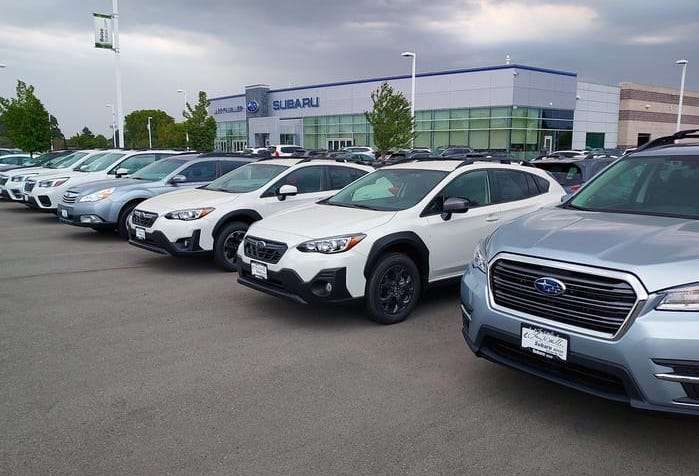 Data compiled by Cox Automotive reveals Subaru had the tightest inventory of any automaker at 38 days at the end of February 2021. Subaru of America has always liked to keep its new model inventory low. Before the pandemic, Subaru of America CEO Tom Doll said, "We like to keep it low, and one less is better than one more." 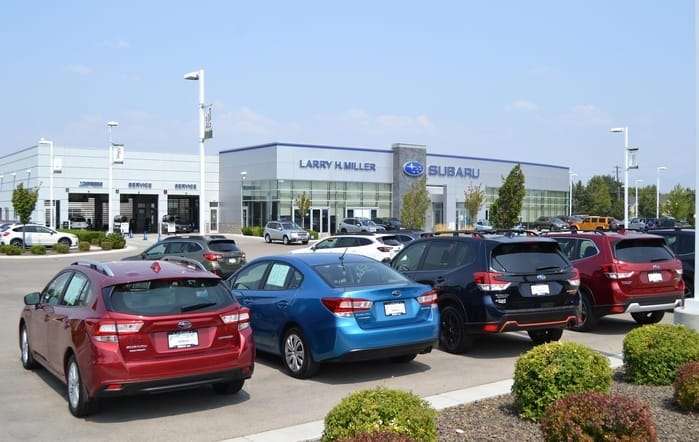 Other automakers like Honda are just now figuring out what Subaru has known all along. The Automotive News (by subscription) report says, "Before the pandemic-induced vehicle shortages that have become the norm in the auto industry, dealership lots were full of cars and trucks in nearly every color and trim, waiting for consumers to choose one like a loaf of bread at the supermarket."

American Honda Motor's Dave Gardner told AN, "Retailers are thriving despite the supply struggles," he said. American Honda has traditionally had 300,000 new vehicles nationally inventories, plus 100,000 in the pipeline. That's now gone, but the scarcity has brought financial benefits. "If you're able to take a significant part of that overhead out of the equation, I think you make this a much more efficient and profitable business for all concerned," he said.

Subaru has operated under this business philosophy for over a decade. Subaru Corporation CEO Tomomi Nakamura told Automotive News, "Due to the COVID-19 situation, our sales efficiency improved quite a bit, and we learned a lot. The system to sell from the inventory pipeline has been strengthened," he said.

Subaru of America was able to tweak its sold-order system to improve visibility of what vehicles were in the pipeline and match them more quickly with retailer and customer orders, Nakamura said. This helped the automaker better manage low stocks, and it has become the new norm for operating at a more efficient pace when the industry recovers in the coming months.

When will Subaru's inventory levels improve?

"We still have uncertainty in front of us, considering the semiconductors situation," Nakamura said. "So it might be difficult to recover that in January. So we are seeing a gradual increase in inventories and gradual recovery of supplies. And that is going to take about a year."

Lothar Erkens wrote on January 21, 2022 - 12:57pm Permalink
Shorter inventory on the dealer side is also a benefit for the customer. Once you get over the idea of actually paying MSRP, you get to order exactly the car in the color of your choice with the exact trim package of your choice. No compromises on "oh, I guess I can live with a moon-roof" or "oh man, I really wanted this other audio option!". I bought my 2022 Outback in early June and took delivery on July 1st. So I had to wait 3 weeks, but this is the first vehicle I have ever been able to buy exactly the way I wanted it.
Gulo wrote on January 26, 2022 - 10:41am Permalink
'Still can't get a factory-built 6spd manual Crosstrek with a 2.5L or 2.4T...or even a 2.slo/6spd with a sunroof, in the USA. I don't think that Europeans can get a 6spd manual Crosstrek at all, even with the 2.slo. This little AWD chunk has like a 3200lb curb weight! A 90's Civic weighed about half as much! It's a great little all-weather commuter, but Subaru should offer a sporty trim with the 6spd manual and some nice equipment, like sunroof, fogs, and heated seats. A manual/turbo Crosstrek WRX or Wilderness would be AWESOME! I don't mind installing some skids and/or a coilover lift on my own. Our only current enthusiast option is to buy a relatively-stripped 6spd model and install AVO turbo, Webasto sunroof, etc.
Alex wrote on January 24, 2022 - 11:12am Permalink
In December, the Subaru dealership in North Alabama had ten cars on its lot. The salesman tried to convince me to close a deal now, then wait four months for delivery ... told him "no thanks." Tried Carvana ...and got a Jeep Cherokee in three days.