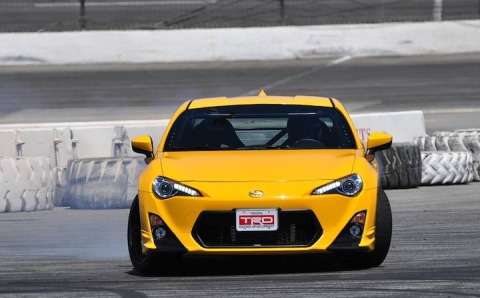 Are you getting too many speeding tickets? Don’t ask Scion FR-S drivers

The 2015 Scion FR-S is fun to drive, and it’s also hard to keep your foot out of the gas pedal. What dubious distinction do its drivers have?
Advertisement

For anyone who has driven the 2015 Scion FR-S on the track, know that this rear-drive coupe is fun to drive. It’s even more fun to drive fast and that’s what FR-S owners know all too well. Insurance.com says, “Cars don’t get tickets, drivers do. But speeders tend to prefer many of the same cars.” The Scion FR-S just begs to be driven fast and more of its owners do and have the speeding tickets to prove it.

What other cars are in the top 10 spots?

Subaru WRX/STI ranks number one on the list with 33.6 percent of its drivers getting traffic tickets. Pontiac GTO (32.7%) is second, followed by the Scion FR-S (32.6), Toyota Supra (30.8) and surprisingly another Subaru, the Tribeca (29.07) rounding out the top five spots. The Volkswagen Rabbit. Mercury Topaz, Scion tC and Toyota FJ Cruiser finish out the top ten with the most tickets.

Driving enthusiasts are attracted to FR-S

The 2015 Scion FR-S is no high-performance power house, but its 200 horsepower Subaru boxer engine is plenty potent to get FR-S drivers near the top in speeding tickets. Driving enthusiasts are attracted to the FR-S rear-drive two-door coupe because of its driving dynamics. For less than $26,000, the 2015 FR-S offers more fun per dollar than anything else on the market. That’s what Toyota and Subaru were hoping when they decided to collaborate and build a two-door rear-drive sports car.

The Japanese automakers produced an affordable sports coupe for the average driving enthusiast. Subaru provided the drivetrain with their Subaru boxer engine and Toyota provided most of the design of the sporty coupe. They came up with a winning formula. They also came up with formula for getting speeding tickets. It gives the average driving enthusiast a fun sports car that is hard to drive slow on the street.

FR-S begs to be driven fast

The 2015 Scion FR-S is first and foremost a driver’s car, and it just begs to be driven fast. The FR-S comes with a firmer suspension for sporty driving dynamics and the sports coupe doesn’t disappoint. Where the rear-drive coupe excels is being extremely well balanced in the corners where this driver felt nearly no body roll while taking tight mountain corners at high speeds during a recent test drive. The FR-S is impressive when pushed hard in the curves. It’s an ideal car to take to the track, and that’s where you can take the sports car to reach its full potential.

Driving enthusiasts are attracted to cars like the Subaru WRX performance car and 2015 Scion FR-S rear-drive sports coupe. It just begs to be driven fast and many of its owners get caught by the local law enforcement and are paying the price by getting more speeding tickets than the national average. It’s not easy to drive these cars slow.

Carl wrote on October 6, 2014 - 1:27pm Permalink
I can see the STI getting tickets - the rear wing simply screams out to police anyway. But this begs an odd question - why the FR-S and not the BRZ? Is it simply due to the volume difference? Because really, the difference in the rear end makes the BRZ a bit more fun to push around than the FR-S.
asc wrote on June 29, 2015 - 11:41am Permalink
The FJ-Cruiser seems odd on this list (even at #10) at first, but it has to be its "can't miss" scale to a rookie radar-gun cop. Faced with actual aerodynamic traffic coming into view, the Cruiser must make a most obvious target and easily one of the best quality return signal signatures for their radar guns. No stealth profile from any angle.