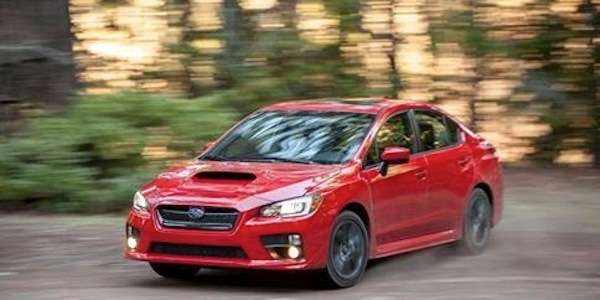 A study shows Subaru WRX and WRX STI drivers rank #1 for traffic violations. Where does your vehicle rank?
Advertisement

A study by the Insurance.com shows drivers of the performance Subaru WRX/STI get close to double the U.S. average for traffic violations. Is this really a surprise with the Subaru WRX and WRX STI performance cars having a “boy racer” image? Insurance.com provides a handy tool for you to see if your car is high on the list. You just plug in your car to the “Cars That Get The Most Tickets” tool and see where your vehicle ranks.

Insurance.com says, “Cars don’t get tickets. Drivers do. But speeders tend to prefer many of the same cars.” Subaru WRX/STI owners may wonder why they pay higher insurance rates than other vehicles even though you may not have any tickets. It’s all because insurance companies look at the vehicle from these lists and you get targeted to pay higher premiums. It may not be fair, but its the way it works.

You will pay higher rates for your WRX/STI

Insurance.com explains the reasons Subaru WRX/STI owners get these higher premiums, “While speeding tickets and other violations drive up your own insurance rates, a high number of tickets is not an indicator that a car will be expensive to insure. Insurance companies care more about claims. If a particular model is involved in more accidents or is more expensive to repair after a collision, an owner can expect to pay higher rates even if his own record is clean.”

Subaru WRX/STI ranks number one on the list with 33.6 percent of its drivers getting traffic tickets. Pontiac GTO (32.7%) is second, followed by the Scion FR-S (32.6), Toyota Supra (30.8) and surprisingly another Subaru, the Tribeca (29.07) rounding out the top five spots. The Volkswagen Rabbit. Mercury Topaz, Scion tC and Toyota FJ Cruiser finish out the top ten with the most tickets.

Not many unmodified STIs

However,they also pay higher insurance premiums because of it. See which models rank highest and lowest overall, and see how your own car stacks up in Insurance.com’s Ticket Magnets rankings. Other Subaru WRX STI stories of interest.
Five reasons why 2015 Subaru WRX and WRX STI are flying out of dealer showrooms

Mako wrote on October 1, 2014 - 3:36pm Permalink
Good, so you determined that it's not just WRX drivers but STI WRX drivers also ... lumped together ?