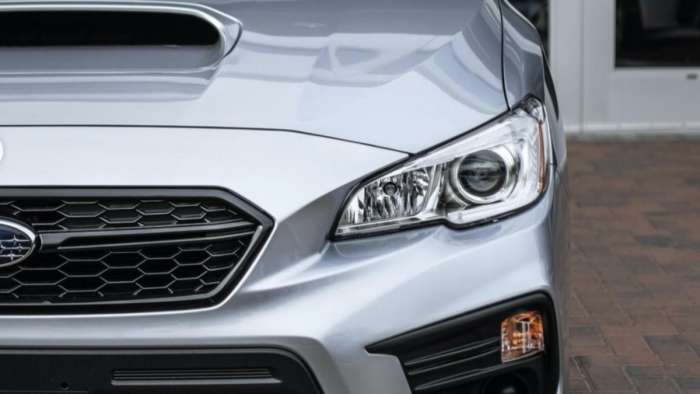 The 2020 Subaru WRX and STI are still hot sports cars. See why the WRX and WRX STI are the best performing models in the stable.
Advertisement

What’s up with Subaru’s performance models? The aging 2020 Subaru WRX and STI should be slowing down before a major remodel, but they are speeding up. WRX and WRX STI are selling better in 2020 than last year in North America. The performance models are even outperforming the brand’s SUVs by a percentage of increase in October.

Subaru of America reported the WRX and STI posted a 46.2 percent increase in October with 2,060 sales compared with 1,409 last year. And they are the second top-performing model by volume in the stable. The Outback is next best, with an increase of 45.6 percent. The BRZ sports coupe, also due for a redesign, was the best with a 97.3 percent increase with 221 sales compared with 112 models delivered in October 2019.

WRX and STI are also hot in Canada, posting 416 units sold, a 114.4 percent increase over the same period in 2019. The BRZ outperformed its sales total from last October, up 60.0 percent.

Are the Subaru WRX and STI a good sports car value?

Despite needing a total remodel, both 2020 Subaru WRX and WRX STI are excellent sports car values. Torque News reported the WRX and STI drop in value less than all other sports cars except for the Porsche 911.

Subaru WRX and STI are an excellent value for sports car shoppers with a 5-year depreciation of 39.8 percent and the second-best model behind the Porsche 911 at 36.0 percent. Most sports cars depreciate 41.6 percent on average.

The lower drop in value will benefit buyers of the WRX and STI by getting a lower lease payment, and you’ll get more when it comes time to trade your performance car in for a newer model down the road.

Another report from iSeeCars reveals the sport-tuned 2020 Subaru WRX and performance-tuned STI are in high demand and the fastest-selling new sports cars in North America. They take just 69.8 days to sell when the average sports car takes 107.2 days to move off the dealer’s lot.

So you might not find the exact color and trim you want. You also won’t find any deals on the 2020Subaru WRX and WRX STI performance sedans because Subaru retailers know they are in short supply.