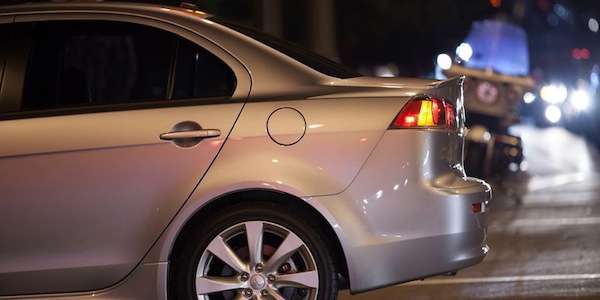 The new 2015 Mitsubishi Lancer has been named a IIHS Top Safety Pick. Why didn’t 2015 Lancer Evolution get the award?
Advertisement

Mitsubishi has announced its affordable and fun-to-drive 2014 Lancer compact sports sedan has been named a "Top Safety Pick" by the Insurance Institute for Highway Safety (IIHS). But the 2015 Mitsubishi Lancer Ralliart and 2015 Lancer Evolution performance models get left out. The Lancer ES, Lancer SE AWC and Lancer GT all get the award. Why not Lancer Ralliart and 2015 Lancer Evolution?

It’s not unusual for the Insurance Institute for Highway Safety (IIHS) to test one automakers model and leave another one out. They will take a few models and test them at the exclusion of others. This has happened with other performance models like the Subaru WRX and WRX STI. IIHS tested the WRX and didn’t test the STI until later. So the 2015 Lancer Ralliart and 2015 Lancer Evolution will likely get tested at a later date.

All other models get the safety award

For now, the other 2015 Lancer models get the important award. Don Swearingen, Executive Vice President of MMNA said in the press release, "It is great to see our very popular Mitsubishi Lancer once again named as a "Top Safety Pick" by the Insurance Institute for Highway Safety. Lancer is a versatile compact sports sedan that has an exceptional degree of safety, excellent fuel economy, sporty performance and plentiful standard features all at price to fit almost any budget."