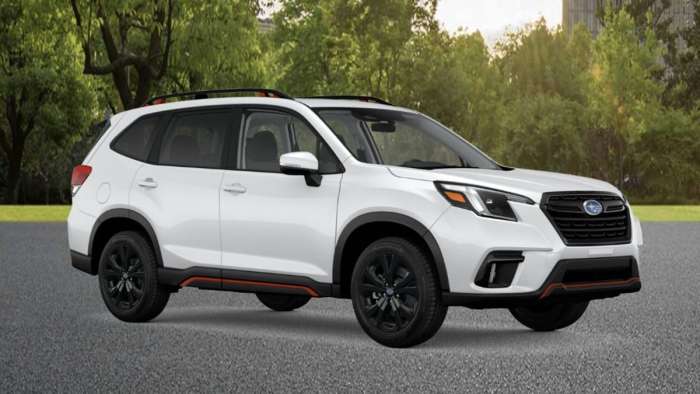 How well does the 2022 Subaru Forester prevent crashes with cars and bicycles? The latest round of testing from the AAA says there are "inconsistencies with the performance of driving assistance systems" with the Forester compact SUV and two other new vehicles, the Hyundai Santa Fe and Tesla Model 3.

The 2022 Subaru just earned the highest Top Safety Pick+ award from the Insurance Institute for Highway Safety (IIHS) for crash protection of its occupants. But AAA says the new Forester equipped with the Japanese automaker's EyeSight driver assist safety technology falls short in preventing collisions with other cars and bicycles. 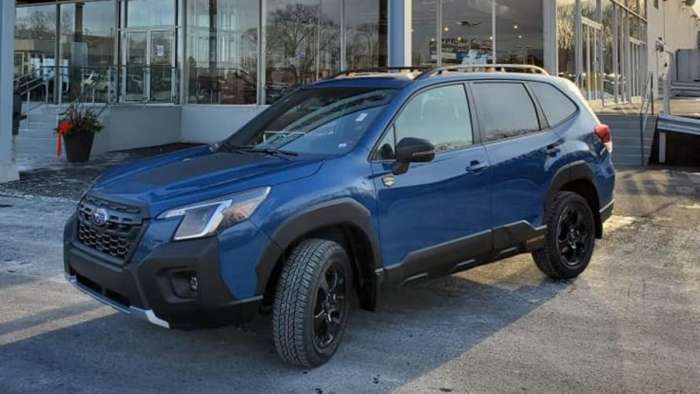 AAA's tests are designed to see how a vehicle responds to real-world scenarios, including an oncoming car veering into the test car's traffic lane and a bicyclist crossing the street. AAA says the tests were conducted on a closed course, using a foam car similar to a small hatchback and an adult bicyclist dummy.

AAA performed the test at its Northern California, Nevada, Utah's GoMentum Station, and its proving ground in Concord, California. 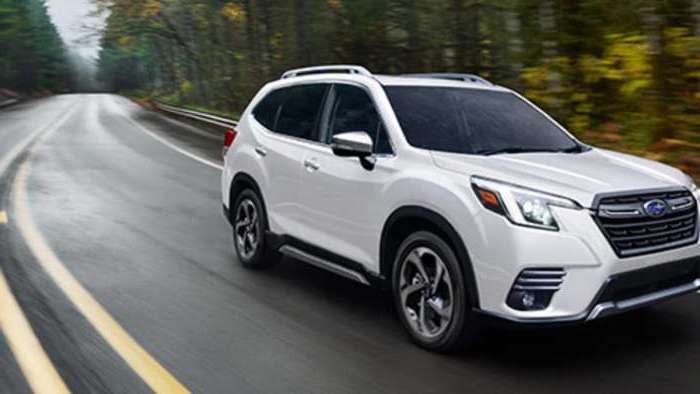 AAA testing found the active driving assistance systems successfully and consistently detected and braked when approaching a slower-moving vehicle or bicyclist when moving in the same direction in the same lane.

But AAA says Forester and the other two vehicles collided head-on with the foam car while partially within the test car's travel lane. AAA says only one test vehicle significantly reduced speed before colliding on each run, but they did not reveal which vehicle.

A collision occurred five out of 15 runs (33%) when a cyclist crossed the travel lane in front of the test vehicle.

"The bottom line is that the crashes that occurred during AAA testing could very easily become deadly if they happened in a real-world setting, which they commonly do," said Skyler McKinley, regional director of public affairs for AAA. "Two things can be true at once: Driver assistance technology has gone a long way in improving safety, but it's still too imperfect to rely on. That's why it's so important for drivers to understand their vehicle's limitations and stay fully engaged while behind the wheel."

The 2022 Subaru Forester is one of the safest new compact SUVs in protecting its occupants in a crash. AAA says Forester's EyeSight driver-assist system needs improvement in preventing collisions with cars and bicycles.

AAA says, "Understand that no car is fully autonomous or "fully self-driving." The technologies that cars do have cannot perform without constant supervision from a driver who is ready to intervene."

You Might Also Like: Big News - Subaru Says More New EVs Are Coming To The US By 2027