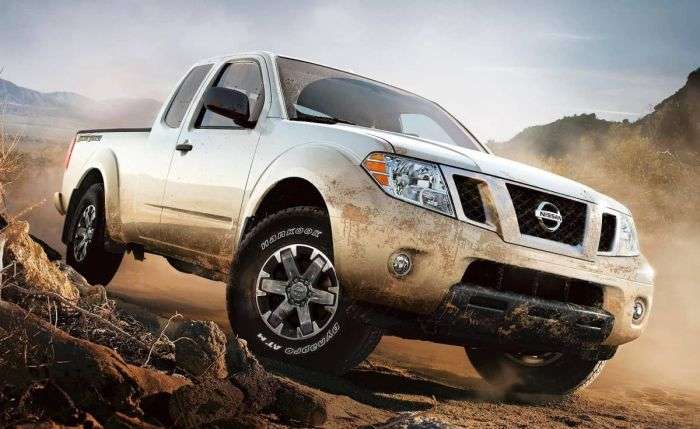 How does the aging 2018 Nissan Frontier pickup keep selling like hotcakes?
Advertisement

When it comes to cars and trucks, Americans want new every year. Some vehicles like the 2018 Nissan Frontier keep getting better with age. Americans are buying the mid-size truck at a fast clip in 2018 defying the odds. Nissan USA reports the segment’s oldest mid-size pickup saw a year-over-year sales gain of 28.1 percent.

What’s so surprising about the Frontier’s success is, the pickup hasn’t changed substantially since the current generation first went on sale in late 2004. Yet this truck is selling better than it has in more than a decade. Sales of the value-packed mid-size pickup rose an astounding 46.6 percent with 22,825 units sold over the first three months of the year.

Why is Frontier selling better than ever? Wendy Orthman, Senior Manager, Product Communications, Truck, LCV, Outdoor and Marketing for Nissan USA says, the Frontier is selling so well because it is smaller, easier to park and fit into a garage, and less expensive than its rivals.

Because Nissan spent their money on remodeling and re-tooling the Frontier over 13 years ago, the Japanese automaker can now position its mid-size truck as the price leader in the segment. It can still compete with the Toyota Tacoma and Chevy Colorado who are the leaders in overall sales.

The 2018 Nissan Frontier is still a good mid-size pickup with plenty of trims and packages available. Nissan has confirmed the next-generation (2019) Nissan Frontier is coming, and it will be produced at their Canton, Mississippi plant alongside the Murano, Titan, Titan XD, NV Cargo, and NV Passenger vehicles. Until then, the current-generation model is still the best value out there if you are looking for a mid-size truck. Buyers are snatching them at a fast clip before the price goes up.

Ron M wrote on June 2, 2018 - 1:08pm Permalink
I absolutely would buy a Frontier over the larger, less attractive Colorado or Toyota... In 4x4 offroad trim it is also a very good looking, honest, well proportioned truck.. Bigger is not always better and I am pretty sure that many would prefer the older size Ford Ranger and 1st Generation Toyota Tacoma over the newer close to full size options of today.. Perhaps that is why used prices on the older tacoma are still high!
Tom wrote on July 6, 2018 - 8:59pm Permalink
luv my 4x4SV..fits nice in my garage..It i has a very strong frame and plenty of power..