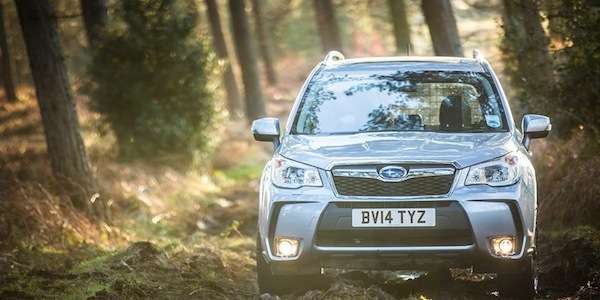 Buyers can't get a new 2015 Subaru Outback because of high demand. Could they be switching to the 2015 Forester?
Advertisement

CHECK OUT: Subaru creates a problem for an active generation with 2015 Outback

Subaru of America reports that the new generation 2015 Forester hit 3 big milestones in February. The 1.2 millionth Forester was sold, its achieved 19 consecutive months of more than 10,000 units sold and February was the best-ever month for Forester sales. Even with setting those records, there are plenty of Foresters on dealer lots and buyers can get any trim they want.

Every color and trim available

The largest volume Subaru dealer in America, Hueberger Motors in Colorado Springs, has a boat load of Foresters on their lot. They show 262 Forester SUVs for sale with every color and trim available. They have 2.5i Premium, Touring and Limited trims and plenty of 2.0XT performance models available. The Colorado dealer only shows one Outback on their lot and it’s likely already been sold. Could it be that Outback buyers are switching to the Forester when they can’t get the new wagon?

Forester isn’t a bad choice for buyers if they are looking for a new generation Outback. It’s a larger model with more cargo room and comes with Subaru’s standard Symmetrical all-wheel-drive and X Mode. The new generation Forster has been highly acclaimed and received many awards the last two years. The fourth generation Forester was awarded Car Connection's Best Car To Buy 2014 and again Motor Trend's 2014 SUV of the Year. If you can’t get a new 2015 Outback, there are plenty of 2015 Subaru Forester trims to choose from.