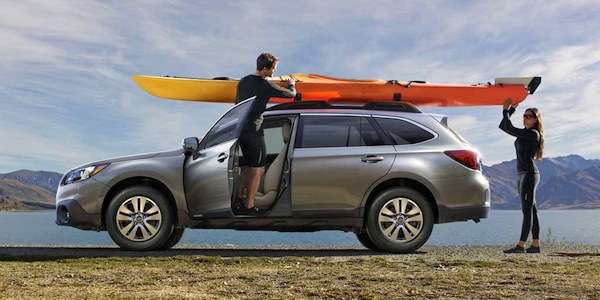 Subaru creates a problem for an active generation with 2015 Outback

The 2015 Subaru Outback is the number one selling vehicle in the Subaru lineup and an active generation of buyers is having a hard time getting one.
Advertisement

The all-new 2015 Outback is one hot car in the Subaru lineup. The new Outback wagon is selling so fast, Subaru dealers can’t keep the new all-wheel-drive vehicles on their lots. It’s setting records in North America in both U.S and Canadian markets. Dealers wish they could get their hands on them, because they could sell more if they had them.

Outback had its best-ever February in the U.S. and is up 29.7 percent for the month and up 33.7 percent YTD. In Canada, it was also a record-breaking February for the 2015 Subaru Outback with sales up an impressive 74.8 percent. This makes the SUV-alternative the volume leader in the U.S. and Canada for Subaru in February.

The new-generation SUV has been highly awarded in North America and buyers are taking note. U.S. News and World Report gave Subaru its 2015 Best Wagon for the Money award for the 2015 Outback. In Canada, the new wagon received AJAC’s Best New SUV under $35K award, as well as being an ALG and Canadian Black Book segment award winner for resale value.

The largest volume Subaru dealer in America., Hueberger Motors in Colorado, has one 2015 Outback on their lot. They have 32 new Outback wagons on order and they are “In Transit” to the dealer now. Fuji Heavy Industries (FHI) maker of Subaru vehicles is struggling with production, and their Indiana plant is running at full capacity trying to manufacture the new vehicles.

A new generation of active buyers are being attracted to the new Outback wagon for its multi-purpose use. Subaru reports that over 60 percent of buyers are new to the brand. These new buyers with active lifestyles are using the all-wheel-drive vehicle for commuting during the week and for recreation on the weekends. It’s a good problem for Subaru with all the attention Outback is getting, but dealers wish they had more 2015 Subaru Outbacks to sell to an active generation of buyers.