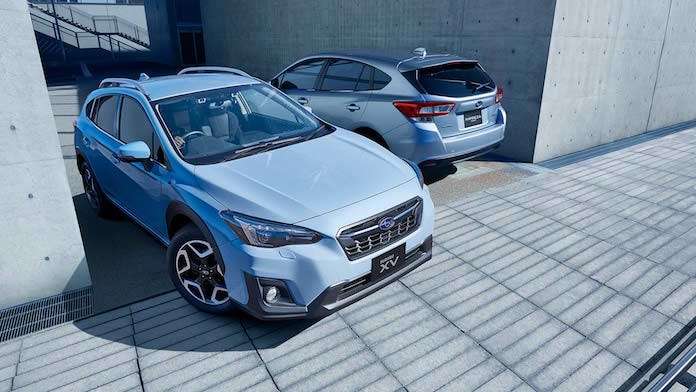 The 2018 Subaru Crosstrek and Impreza models improve on their stellar safety record.
Advertisement

The new-generation 2018 Subaru Crosstrek and Impreza models will keep adults, children and pedestrians safer than other small family cars. Both models improved in safety over their outgoing models, because they both ride on the new Subaru Global Platform that improved structural rigidity keeping passengers safer in the event of a crash. They also both come with the new-generation EyeSight system helping prevent crashes in the first place. The proof is in the tests.

Subaru announced the all-new 2018 Subaru Crosstrek (XV in global markets) and Impreza models (European specs) have each been named the safest in their class of Small Family Cars in the latest Euro NCAP Safety Awards. Both models achieved the maximum five star overall rating in Euro NCAP safety tests. Both achieved the best score in their class in the Adult Occupant Protection, Child Occupant Protection, and Pedestrian Protection Euro NCAP tests.

They also earned outstanding performance in the Safety Assist area including the Autonomous Emergency Braking thanks to the standard EyeSight Driver Assist System. It acts as a second set of eyes always looking to prevent crashes from occurring.

Safety is a core value for Subaru and it’s not new for the Japanese automaker to excel in these global safety ratings. This is the sixth time the brand has been honored with the prestigious five star rating from Euro NCAP following the rating for the Legacy (2009), Subaru XV (2011), Forester (2012), Outback (2014), and Levorg (2016). And now for the first time, Crosstrek and Impreza models earn “Best in Class” NCAP ratings.

Subaru keeps improving crash protection in their vehicles by developing improved rings of safety around the vehicle’s occupants. Both 2018 Crosstrek and Impreza feature the new Subaru Global Platform (SGP), Subaru says was designed to deliver higher levels of safety performance. The “Best in Class” NCAP safety ratings they just earned are proof Subaru is delivering on their promise.