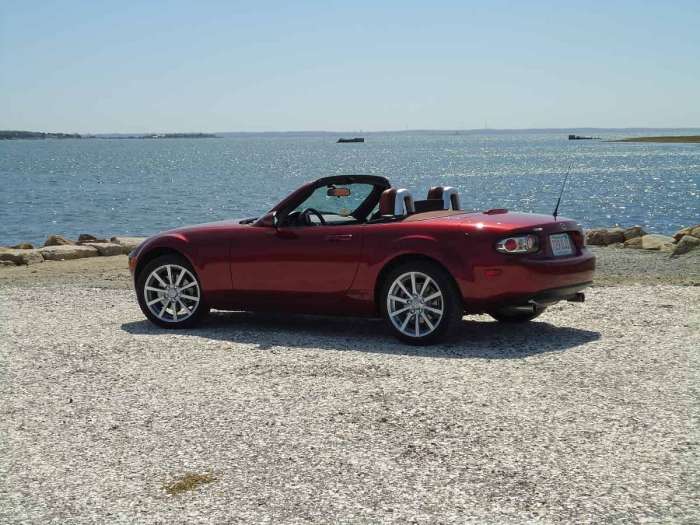 A new study shows that one of these three cars is driven a lot more by its owner than the other two. Which is your guess?
Advertisement

Cars like the Porsche 911, Chevrolet Corvette, and Mazda Miata are not daily drivers for most owners. There are always a few outliers, but most owners keep these cars for special drives. Drives in the country, back-roads blasts, and road trips. They may also sneak in a little track time here and there. What's interesting about these three models is that a new study shows that one of them is driven dramatically more than the other two - the Miata. 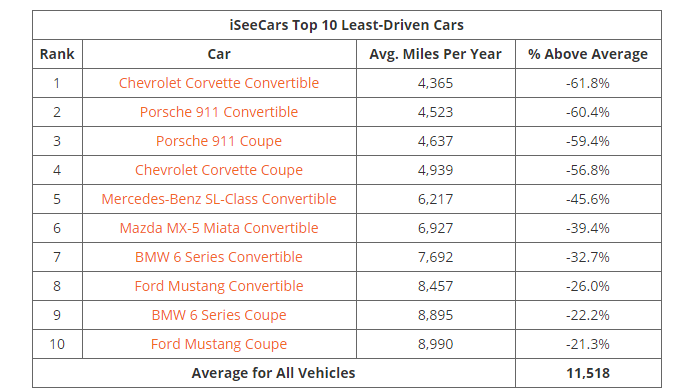 The overall average number of miles driven by all 10-year-old vehicle owners is about 11,518 miles per year. For new cars, the average is even higher. FuelEconomy.gov uses 15,000 per year as the average when it calculates annual fuel costs for example. However, for specialty fun cars, the average is way lower as our chart above shows.

We found it interesting that the Miata is the sports car on this list that is driven the most. And not by a little. A 10-year-old Miata's driver logs 65% more miles on average than owners of Porsche 911 convertibles. We see the BMW and Mustang on there, but those are larger, more mainstream cars better suited to daily slogs and commutes.

When I owned the Miata in the image above I took every opportunity to drive it. If you own a Miata, about how many miles do you put on it each year? Tell us in the comments below.

Related Stories:
The NC is the Forgotten Miata, but They're Worth Looking Into
Road Tripping?- Can You Top This Mazda Miata Owner's Cargo Storage Trailer Rig?

DeanMcManis wrote on July 17, 2018 - 8:18pm Permalink
I owned a Mustang convertible and later a Corvette convertible, and both were my daily drivers. Both were really fun to drive. But I would have to add that cars like the Porsche 911 and Corvette are more expensive, and owners are more likely to have other commuter cars at home to slog around in the daily traffic grind. Also I'd say that the daily driver use year-round depends a lot on where you live. In sunny California, I didn't put my garage-kept Mustang convertible's top up for 10 months out of the year. But it would be a different story if I lived in Minnesota.
Gary Schmidt wrote on October 28, 2018 - 11:12am Permalink
Six months of driving my first Miata a as third car ( motorcycle and scooter) behind Civic and Frontier was 3500 miles. Soon to be packed away but not for 9 months. Maybe 6 months. Decent driving from May to October here in Nova Scotia.