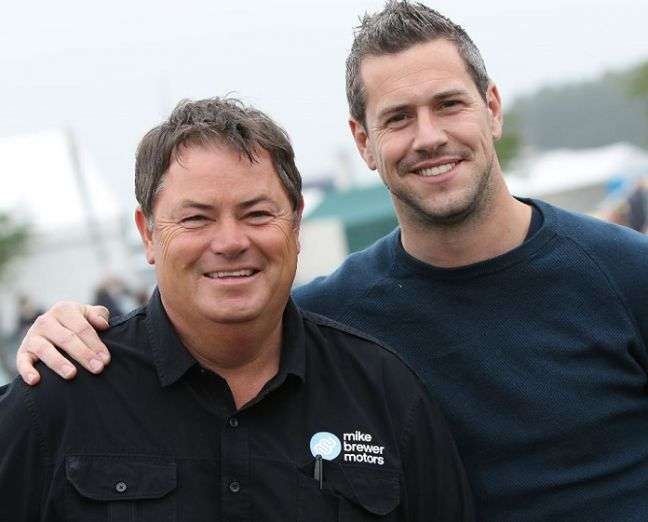 Wheeler Dealers Without Edd China - We Vote Thumbs Up

We've watched the first three episodes of Wheeler Dealers without our beloved Edd China, and discovered we still love the show.
Advertisement

If you are like us, you are a long-time fan of Wheeler Dealers, now shown on Velocity. When Edd China departed last year (pushed out was the general feeling), we were angry, and vowed never to watch again! But then we did watch. And we liked it.

Edd was a huge part of Wheeler Dealers, and certainly as much a part of the show as Mike Brewer. Edd brought all the technical knowledge of a career's worth of hard-earned tricks and tips to the audience in a way that made even the most impossible jobs seem approachable, and in some cases, downright easy.

We really didn't want to like this new guy, Ant Anstead. He had been in the running for a gig on Top Gear, a show that could not be more different from Wheeler Dealers, and that made us like him less. However, now that we have watched a few episodes, Ant is a pretty likable guy. It hasn't hurt that the first few cars were interesting. The second-generation Supra and the Ford Escort RS in particular.

The show has evolved quite a bit. There is less wrenching and more of mike searching, the hosts hugging each other and other people, less long sleeve shirts and more army cargo pants. Heck, the show now even accounts for labor time when it does its profit and loss accounting we all wait for in the last five minutes.

On a Wednesday night, when there are no sports on TV, and that remote is sitting there, we find ourselves pretty well entertained by Ant and Mike. What say you?

Hugo wrote on April 3, 2018 - 3:08pm Permalink
Edd was the reason to watch this show. Shame on the production company to want to dumb it down and show less technical stuff. I will NEVER watch this parody.
Richard henderson wrote on April 26, 2018 - 6:26am Permalink
I must disagree with the reviewer. I didn't realize how much of the show was Edd China and their European location. Moving to the US, the lousy choice of vehicles, and finally Ant (I really don't like him; he's too put-on and fake), has caused me to stop watching the show. I would be surprised if many other viewers who liked the show then still like it now. The cost savings Velocity has impressed on Wheeler Dealers will, I think, doom the show.
Manny P wrote on January 31, 2020 - 5:37pm Permalink
There were two minted programmes on TV ; namely Wheeler Dealers and Car SOS. They were virtually identical in delivery, but the common denominator was involved, astonishingly good mechanics and absolutely wanky , fuckwit frontmen ! To have Big Ed and Fuzz have their own programme is the stuff of dreams. I’d even spend some of my retirement money to buy a project, because you know it would be the best.
Phil Harold wrote on February 20, 2020 - 6:03pm Permalink
Sorry, I have watched Wheeler Dealers from the beginning and enjoyed Mike and Edd develop into a class partnership, sorry to see them go their separate ways, think the production company have made a big mistake, no one can replace big Edd , do not like new program, will not be tuning in again.
Stephen wrote on March 5, 2020 - 5:16pm Permalink
I was a big fan of Wheeler Dealers but the show was made by Edd China not Mike Brewer he was just the plonker buying the cars which anyone could do...Edd was the man who built and made good the sometimes crap cars he was brought, his expertise and tips were fantastic...the new guy Anth is no where near as good and has zero personality...I won't be watching it again
Kevin wrote on December 29, 2020 - 11:11pm Permalink
I refer to brewer as “captain bullshit”. He is the epitome of the used car salesman. All “blah,blah,blah” and no substance. How this fat piece of shit is still “featured” on any serious program is mind boggling. For me, when captain bullshit appears, the channel is changed. Eat that you stupid programmers.
Derek wrote on March 27, 2020 - 1:33pm Permalink
Who ever presents the show has Ed’s or Ant the format and lack of content is boring.
Leslie wrote on May 9, 2020 - 5:36am Permalink
The dropping of Edd (who was genuine and interesting) and move to America may be lining Mike Brewer's pockets, but has made Wheeler Dealers into a 'watch occasionally' programme?? Ant Anstead comes over as know it all and disingenuous, and for example making a manifold from scratch when you could buy one off the shelf, reflects the lack of direction?? Lastly, the fact that Mike now does some work on the cars must demonstrate that he is worried about losing another mechanic??
Sam Langdon wrote on February 14, 2021 - 12:27pm Permalink
I think the show is still entertaining and Ant is likeable, but it's not the same without Edd and does come across as more staged. I'm curious to see what the new season will be like with Marc Priestley in the UK.
Jim Ledger wrote on May 14, 2021 - 5:16pm Permalink
I like many refused to watch the Ant episodes when they ran 1st time However I happened to zap into one mid program and I think he’s good, not Edd but good Shame Brewer is still there but you can’t have everything I’ve since watched all the Ant Episodes and he gets a thumbs up

LG's New EV Battery Plant Is a Welcome News for Tesla
Tesla Giga Berlin's New Hurdle: It's Not Only the Gov't, but Now Tesla Itself
END_OF_DOCUMENT_TOKEN_TO_BE_REPLACED