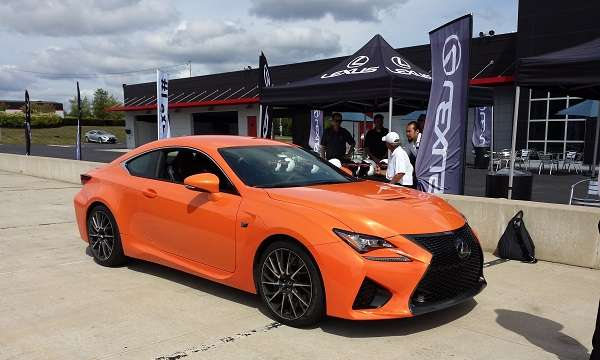 MotorWeek's is just the latest automotive track test that concludes the Lexus RC F is comparable to the 2015 BMW M4.
Advertisement

The first time we came across a trusted source of automotive news, Motor Trend, reporting that the new 2015 Lexus RC F is a close competitor to the BMW M4 on-track we reported it, but it did not seem to jive with our track testing in which the BMW M4 seemed so much faster. However, our testing is not as thorough or as instrument-savvy as some other larger organizations. Also, these other organizations use professional drivers with decades of track time. Our test driver (that being me) has only a few years of limited track experience. So we watched for more news. And indeed we found it. This time it was AMCI testing who said the RC F was faster than the BMW M4 and Audi RS 5. Then this week we discovered yet another source, MotorWeek, who had an interesting comment at the end of their Lexus RC F test.

MotorWeek’s RC F vs. BMW M4 Commentary
MotorWeek is an automotive legend. Sure, we all were bummed out when Lisa Barrow left the show, but on any given weekend morning is there a better car-show to watch while having a cup of joe? Also, MotorWeek has unique access to Roebling Road Raceway and their drivers know from experience how cars stack up against one another on that course.

MotorWeek correctly pointed out that the Lexus RC F has a couple thousand dollar price advantage over the M4, and that is before one starts to add tens of thousands to the BMW for carbon brakes and the like. Still that was not what we found most interesting. It was the way MotorWeek chose to end its segment, saying “But, back to the M4. The 2015 Lexus RC F may be a bit cheaper, but is it also a close contender? Well, we think it is surprisingly close on the street, and yes, on the track as well. Who ever thought we would say that! And that is just how far Lexus performance has come.”

So is the new 2015 Lexus RC F competitive with the BMW M4 on a racetrack? Looking at the evidence, we have to say our initial report saying it was not seems incorrect. There are now three trusted sources who used professional drivers to test the cars on racetracks who say that indeed the two cars are comparable.

Read what we said after track-testing the RC F.