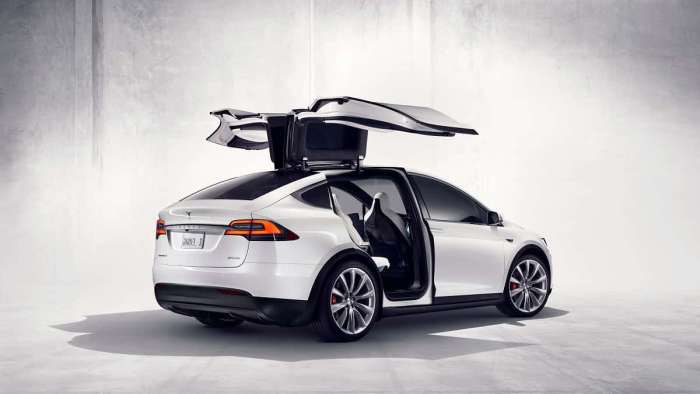 NTSB data point to the Apple employee who was killed in his Tesla Model X while on Autopilot may have been playing a videogame. Here is the data.
Advertisement

Data provided by the National Transportation Safety Board (NTSB) indicates that the driver of Tesla Model X killed in March of 2018 may have been playing a videogame on his Apple iPhone at the time of the fatal crash. The driver was an Apple employee.

The crash was notable for many reasons. The driver is said to have reported that his Model X was having Autopilot trouble and took the vehicle to Tesla for a safety inspection. The Tesla work order earlier in March states that the customer told the service center, "Alert navigation needs service." You can view the Tesla work order report here. More details on the Tesla firmware and Autopilot services done on the vehicle are here. Within weeks of the driver reporting Autopilot issues, the driver was dead.

It would seem a slam dunk case that the Autopilot system was at fault, but was it? There are more details that make that conclusion murkier. Most importantly, the phone records of the driver's phone. NTSB obtained the phone records and they were analyzed with AT&T's assistance. The factual report by NTSB includes the following:

"NTSB, with technical assistance provided by Apple, was able to retrieve some unencrypted CrashReporter logs from the Tesla driver’s Apple iPhone 8 Plus.6 Three logs recovered showed that a game application, “Three Kingdoms” mobile edition, was active during the driver’s trip to work. The game is a world building, strategy game with multi-player capability. When playing the game on a mobile device such as an iPhone 8 Plus, most players have both hands on the phone to support the device and manipulate game actions. The log data recovered does not provide enough information to ascertain whether the Tesla driver was holding the phone or how interactive he was with the game at the time of the crash."

The report, which you can view here on page 7 of 11, also included a data usage chart provided by AT&T. Draw your own conclusion, but it points to a lot of data being used at the time leading up to the crash.

The amount of time and effort NTSB has put in on this crash investigation is staggering. It has now spanned almost two full years and the report data takes up 500 pages - a full ream of paper if printed. NTSB is preparing for a meeting on the crash this month. Expect more conclusions and details to follow. If you would like to dig into the report data, here is the best place to start. You will notice that a second Tesla crash is included in the summary page this link opens.

Image note: You will notice Torque News opted to use a generic Tesla Media page image here instead of the crash images. Although we have provided images like that in the past, we feel they are not needed in this case to demonstrate the theme of the story.

DeanMcManis wrote on February 15, 2020 - 9:16pm Permalink
Every day in my commute I see people driving distracted with cell phones, reading, texting, talking, and generally not paying attention to the road. I am sure that thousands of people die each year without having any safety system watching out for them. This is in addition to people driving under the influence, driving angry, and impatient, unsafe driving, which is also a daily occurrence. Again, Tesla's Autopilot system is NOT a self driving system yet, and the rare few drivers who got into accidents with AP on were not watching the road or paying attention to avoid the accident, as they were told to do by Tesla as a prerequisite of using Autopilot.