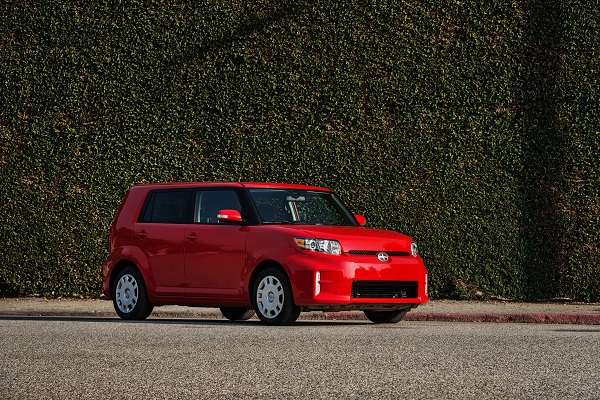 Scion isn't going away is the official word. However, there are no new models coming anytime soon. Going away may be a relative term.
Advertisement

Our recent story titled "Is Toyota Quitting On Scion" about Toyota allowing dealers to drop Scion hinted that Scion might be headed for the dead brands club. However, Scion was defended by Bob Carter, senior vice president of Toyota Motor Sales USA recently as reported by Reuters. The defense of the youth brand of Toyota came after this and many other news outlets reported that Toyota dealers were told by Mr. Carter that there would be no punishment for dropping Scion from their showrooms. Scion has no independent dealers. Rather, the three main models made by Scion, and two obscure ones are sold inside special sections of Toyota dealerships.

In an interview with Reuters, Mr. Carter said in defense of Scion "We are absolutely committed to the brand as our youth strategy going into the future." In addition, he said that as of now, he knows of no dealerships that have decided to drop Scion.

Although sales are down at Scion, about 2% over last year, and well off the historic highs the brand achieved, it is not dead in the water. The main problem with Scion seems to be the cars. The tC (as in Celica) is a decent car, but it is a relic of times gone by. In almost every way it is a Celica that has been updated for sale to a new generation of buyers who don’t know a Celica from a hole in the wall. Nor do they much care that the tC has DNA routed in affordable, reliable, sportiness. It seems, based on sales, that many buyers compare the tC and the Corolla, count the doors and buy the Corolla for the same money.

When asked by Reuters if Scion had any new products coming in the next year that might better spur sales, Mr. Carter said not this year. However he did say "We have a very robust and very exciting product cadence coming for Scion, however, it's further down the pipeline.” For most brands that would be fine, but Scion is in the unusual situation of having to compete with models in the same showroom that are newer and have the same price tag, the Corolla in particular. By all indications Toyota pulled out the stops to make the new 2014 Corolla a sales success. Worse, BMW and Toyota are planning to buddy-up the way that Subaru and Toyota did to create a more powerful and more capable sports car than the Scion FR-S. The FR-S is already close to $30K, which is about $10K higher than the introductory new car price point. Having to compete with a more powerful, though somewhat pricier model, may not help the Scion brand become more established.