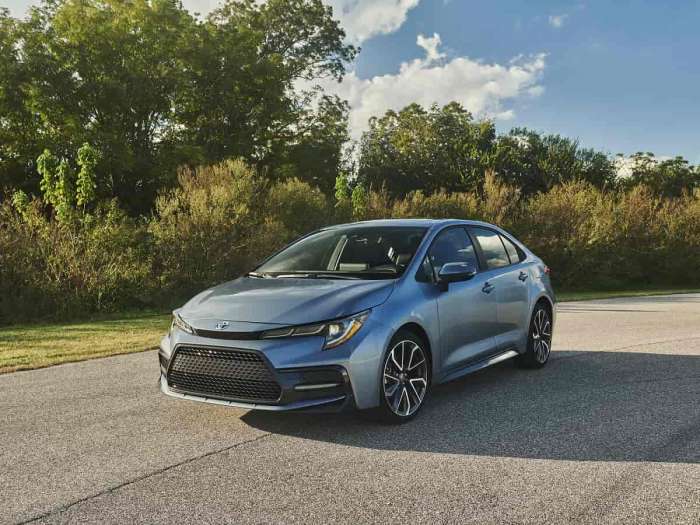 The all-new 2020 Toyota Corolla checks every box, but one.
Advertisement

Toyota's all-new Corolla will be much better positioned as a true Honda Civic Competitor for 2020. The Corolla has been a great car, but as it aged it had fallen behind the Civic in many meaningful ways. The new Corolla brings gets an entirely different platform, all-new drivetrains, a new interior, and many more updates. Unfortunately for half of the adult population, it's not fully compatible with your smartphone.

First the good news. The new Corolla will have much more power in top trims.

Base L trims and the LE and XLE continue on with the outdated 1.8-liter engine. It works just fine and has proven reliable, but it is short on power and torque for this class. The 2.0-liter normally aspirated engine that the Corolla Hatchback recently showed up with is the new engine. With 169 hp and 151 lb-ft of torque, it adds an important bump in power and twist. The 2.0-liter engine gets Toyota's new transmission that features a gear and a CVT. We've driven it and it works well. The stick shift option will remain, but Toyota didn't specify exactly which trims will have that option. The big news here is the shifter has automatic downshift rev-matching.

Like every new Toyota model, the Corolla will also get a comprehensive package of active safety features standard. Most safety syetms are included, but blind spot monitoring is by trim and option package. We didn't see rear cross traffic alert on the list. Expect the Corolla to be an IIHS Top Safety Pick. 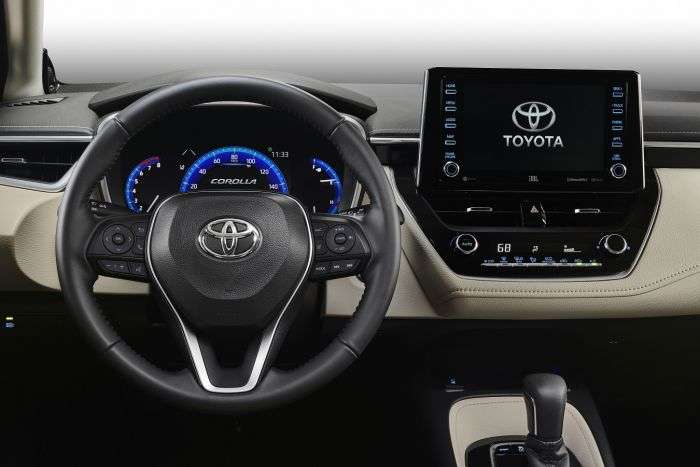 The infotainment system seems like the same one Toyota is launching its new models with. This includes Alexa and Apple CarPlay, but not Android Auto. How Toyota can still be launching new models without Android Auto is a complete mystery. Half of the adult population in America and about 80% internationally use Android Auto. Without this feature, integrating Google Maps, Waze, Pandora and other important apps to the Corolla's screens isn't possible. Android Auto is available in every other top-selling car in this class and has been for years. Toyota seems to be going backward with regards to infotainment overall. 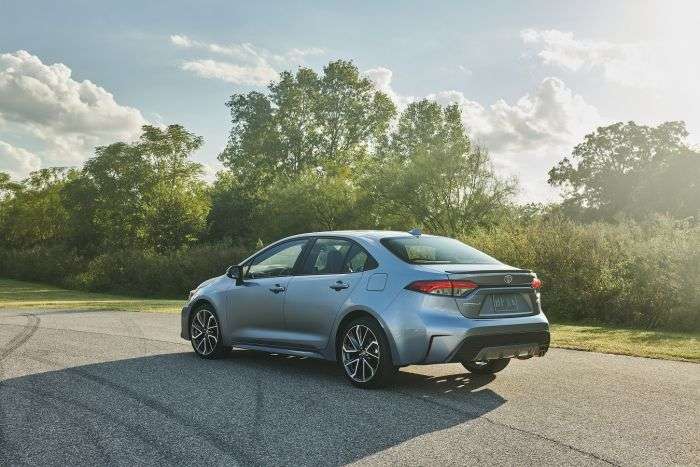 Toyota offered some hints at the size comparison of the 2020 Corolla to its previous model year. It rides on the same wheelbase and is slightly lower. Toyota did not offer any interior volume comparison, so we will assume it is unchanged, or slightly smaller. The new platform and other changes result in a new driving position that is lower and that helps lower the center of gravity. With the huge rise in crossover popularity is a lower seat really a benefit?

The new Corolla arrives at dealers in the spring of 2020. We look forward to a test drive to report on more of the changes.

Mark Day wrote on November 19, 2018 - 4:32pm Permalink
With a recent test drive I was pleasantly surprised at the amount of features and handling of the 2019 Corolla hatchback. As mentioned in this article the lack of Android is rather shortsighted. Another detriment for me is the no-choice ridiculous 18" wheels/tires on the XSE model. Still waiting for competition to my 2012 RAV4 V6 – nothing currently out there that I'd considering buying.
Jan Andrews wrote on September 12, 2019 - 12:32pm Permalink
It's nearly a year later, so your comments may have been correct at time of publication. Google Maps, Waze and Pandora are all available for iOS, the operating system used by contemporary Apple portable devices.
Jonathan Santana wrote on February 11, 2020 - 1:48pm Permalink
I love my 2020 Toyota Corolla, but Toyota needs to get a move on adding Android Auto. Not everyone has a iPhone and most people who own Android don't plan to change to iPhone. I feel that Toyota did a disservice to their loyal consumers and new comers. Honda Civic has both Android Auto and Apple Car Play, I think this day and age, it's important to some people to have all feature available. People may or already have used the availability of such feature regarding their purchase choice. I took a change assuming that Toyota would add Android Auto, but if now, next time I would choose a vehicle that has it. The Entune 3.0 system is pretty clunky, the use of Scout GPS suck pretty bad to the point that its useless. The infotainment experience is sub par. This is coming form a loyal Toyota consumer. I have experience other infotainment units in other brand cars. Toyota should do better.
Edith Marcela Paez wrote on April 7, 2020 - 11:19am Permalink
I just got my new 2020 corolla le, but I can't use the gps because I have android, and not planning to use iPhone. Hope they can come up with android gps equipment to replace it in my car. Is the only problem I see in my new car. Engineers please invent something to switch to android, without big trouble and big money, Thanks.