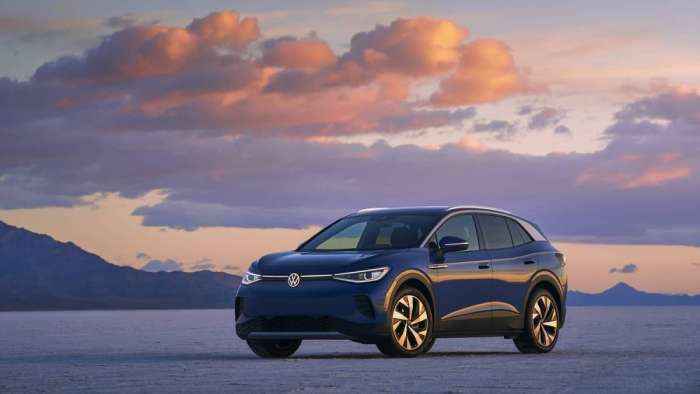 Toyota's RAV4 Prime is a hot model. VW's new ID.4 is also gathering a lot of interest. However, deliveries are the issue as with all types of electric vehicles. Here are the forecasts for these two new green crossovers.
Advertisement

The latest news is that VW plans to deliver just 100,000 of the ID.4 globally this calendar year. Worse for US consumers, the plan is for just one-sixth of that volume to be for the US market. That equates to roughly 15,000 units, however, VW's original launch plan (like Ford's with the Mach-E) has already been pushed out once and the US is now still months away from the vehicle starting to arrive in the States. For some context on the volume of sales VW is planning this year for the ID.4 in the US market, it equates to roughly one month's sales of the Toyota RAV4 Hybrid. Toyota sold just under 116,000 RAV4 Hybrids in 2020.

EV publications derided Toyota's plan to sell 5,000 units of the RAV4 Prime plug-in hybrid-electric vehicle (PHEV) in its first abbreviated launch year and then 20,000 in its second model year, which is about to begin. Torque News has been tracking Toyota's RAV4 Prime deliveries in the US and at last check, had ramped up deliveries significantly. You can read the specific details on the RAV4 Prime's delivery rate in our story titled, "Toyota Triples RAV4 Prime US Delivery Rate - Taking Sales Back From Tesla." We plan to update that story either next week or at the end of calendar Q1.

The VW ID.4 is an exciting addition to the US market of electric crossovers. Unlike the new Chevy Bolt EUV, it features AWD, a roomy cargo area, and will fill the crossover utility needs for many families.

Torque news wishes to credit Clean Technica with the first reporting of the VW delivery plan.

Check Torque News for more updates on the volume of electrified crossovers coming to the US market in 2021.