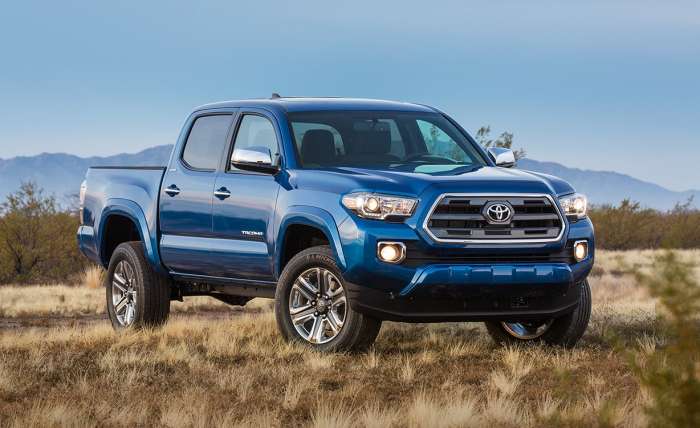 Lexus has done the hardest part. Why adding a 2-liter turbo is now easier.
Advertisement

When Lexus announced its 2015 NX 200t crossover would use a turbocharged 2.0-liter, four-cylinder engine, the first thought we had was that this engine would do wonders for the Toyota Tacoma. Sure the base engine needs to be an inexpensive, low-power, four-banger, and yes, the V6 will still be important, but why not add a middle engine offering? One reason is that the layout is not an easy adaptation. The NX is a vehicle with a transversely-mounted engine because it adapted from a front-drive architecture. The Tacoma would need its engine mounted longitudinally, (pistons in-line with the driveshaft). This week Lexus announced it will longitudinally mount the new 2-liter turbo in its rear-drive 2016 IS 200t sports sedan. Tacoma engine mounting issue solved!

Toyota has repeatedly said it will never do a diesel Tacoma for the U.S. The only alternative for buyers planning to tow medium duty loads is to choose the V6, which uses more fuel. A high-torque, fuel efficient four-cylinder turbo might be perfect for medium-duty towing, and also be a peppy, torquey engine for normal driving. There seems to be room for a turbocharged four in the Tacoma engine offerings.

Most people object to turbos for two very good reasons. First, they lag. When you give them throttle, they need time to spool-up, and then they take off. Also, most use premium fuel, which negates the cost savings of the turbo in the first place. Having driven the NX 200t, our feeling is the turbo-lag issue is not a problem for Toyota. However, the NX 200t crossover does “recommend” premium. But, with both Ford and Hyundai offering excellent turbocharged four-cylinder engines with very little lag and using regular unleaded, we know it can be done.

What is your take? If a 241 hp, four-cylinder turbo with more torque than the V6 between 2,000 and 4,500 rpms was offered, would you consider it? What if it cost $2,000 less than the V6 and got two mpg combined better fuel economy? Let us know in the comments below.