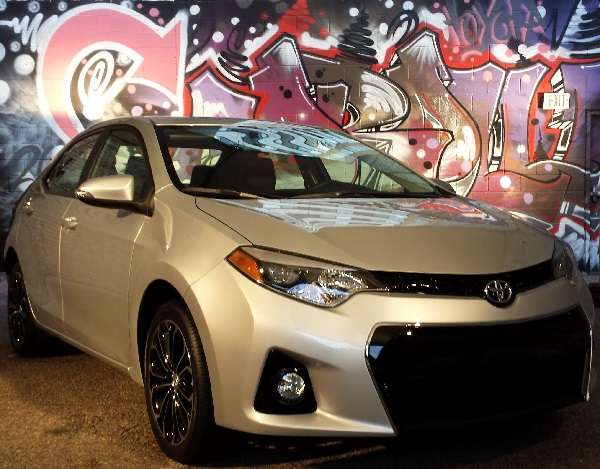 Kelly Blue Book’s annual ranking of the 5-year cost to own of various car types has an interesting side-story. The hybrids and diesels are ranked worse than larger economy cars and Corolla beats all the EVs of similar size.
Advertisement

Many stories will be written this day about the Kelly Blue Book (KBB) 5-Year Cost To Own awards. Writers will take the press release from KBB and they will write a story about the winners in the various categories and the overall brand winners (Mazda and Lexus). We are no different in that respect. However, looking at all of the most affordable small family car categories in comparison to one another reveals an interesting twist. Over the first 5 years of ownership the Toyota Corolla beats all of the hybrids (Toyota also wins that category) and it beats all the similarly sized EVs as well. Only the Chevy Spark, arguably a micro-car, has a lower cost of ownership according to KBB.

The KBB 5-year cost to own includes fuel costs in case you were wondering. That works to the Corolla’s advantage since it can achieve up to 42 MPG highway and has an overall 35 MPG combined rating in its most fuel efficient form. According to KBB, the Corolla will cost an owner $30,571 over its first 5 years. That includes the cost of the car (buy-price less its trade in value) plus insurance, maintenance, fuel and even a financing factor. By comparison, the lowest cost to own hybrid is the very small Prius C at $31,584. The similarly sized Prius (the original size) is much more expensive than Corolla at $34,461. We have driven all of these cars this past year and the Corolla is by far the best “driver’s car” of this expanded group in every measurable way.

By Comparison to electric vehicles, KBB says only the diminutive Chevy Spark EV can beat the cost of ownership of the Corolla. That small city car costs just $26,421 over 5 years. The Leaf and the Tesla Model S do not make the top 3. Next up is a true competitor to the Corolla, the Chevy Volt. The Volt is a similarly sized car inside to the Corolla, but the Corolla feels larger. The Volt is also only a four-passenger car, as opposed to the Corolla’s 5 passenger seating. As practical family cars these two might be close competitors. However, the Volt is much more expensive to own over the first 5 years according to KBB, coming in about 10% higher in cost at $33,462 compared to the Corolla ($30,571). Yes, KBB does know about the $7,500 federal tax rebate saying about that “Even when you factor in the potential $7,500 federal tax credit, that pricing limits the Volt's appeal.”

We should point out that KBB seems wrong about the Leaf. Our own research shows that a Leaf will cost an owner just about $14,000 after the federal tax incentive, which KBB does include in its cost analysis. It is hard to imagine how over 5 years that could grow to surpass $33K given that the car would have some residual value. Maybe those amazing (and true) stories of Leaf owners who pay almost nothing for 36 month leases don’t apply when the 5-Year analysis is done. Please add your hate mail to the comments section below and we will forward it to KBB.

Our own analysis of affordable diesel powered vehicles like the Volkswagen Golf and the VW Jetta have already proven that their cost of ownership (and mileage for that matter) is not better than the gasoline powered leaders in the categories in which they compete. In fact, the Jetta diesel does not even beat Jetta Hybrid in our analysis. Remember, this is a cost to own analysis, not a torque comparison. That said, the Jetta Hybrid is faster than the Jetta diesel as well as equally affordable and greener.

Green car buyers, EV enthusiasts ( dubbed “EVangelists” by one popular green vehicle writer) and the diesel torque lovers all have excellent points about why their particular mode of propulsion is the most logical and most beneficial to man-kind. They might be right. However, when third party experts analyze the costs to own these vehicles they are not the winners in the small, affordable, family car category.