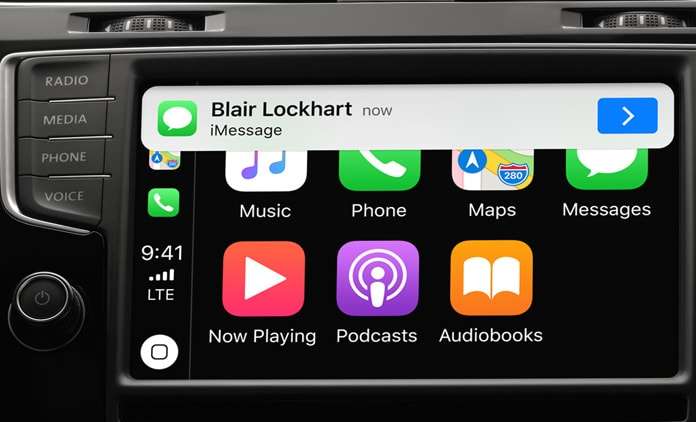 Toyota Adds Apple Car Play To One New 2019 Model, But What About Android Auto?

Toyota's newest vehicle refresh will have Apple Car Play, but will Android users be out of luck?
Advertisement

Toyota has added Apple Car Play to its most recently updated vehicle, but will Android Auto users be left waiting? It appears that way.

The New 2019 Toyota Avalon will feature Apple Car Play integration as part of the newest version of Entune 3.0. Toyota's description of the new audio and infotainment options for the Avalon are a bit difficult to decifer, so we will copy the text unedited here for our readers; "A JBL performance audio system is standard on Limited and Touring grades and is available on XLE and XSE grades. XLE and XSE passengers can listen to crisp tunes on a standard 8-speaker system having Entune 3.0 Audio Plus with Connected Navigation Scout GPS Link App and Entune 3.0 App Suite Connect, featuring new in-vehicle third-party applications. Apple CarPlay is standard on all grades."

We added the bold highlight at the end to draw attention to the Apple Car Play integration. Since this is such a big change for Toyota, we reached out to our contacts at the company and it has been confirmed that Apple Car Play is indeed included with the Avalon.

Unfortunately, we have also confirmed that Android Auto is not. Yet. Perhaps it will appear at some later date. Why Apple would roll out just Apple Car Play and leave out Android users is a mystery. Android users make up a larger percentage of the smartphone market than do Apple users. Android phones from Samsung own 53% of the market with Apple at about 44%. Globally, Samsung and Android capture over 80% of the mobile market.

Apple users will be thrilled to hear the news that Toyota is trending its way with new products. Scout Navigation integration is still available, though it is unclear why unless it is for Android users. Scout receives poor reviews at almost every site it is ranked.

Hopefully, Toyota is on the path to joining all other major automakers in making both Android Auto and Apple Car Play available on its popular models like Camry, RAV4, Highlander, Prius and Sienna as they are updated to receive the same Entune system the new Avalon uses.

Image Note: Image is from Apple and does not show the Toyota system.

Mark Day wrote on January 18, 2018 - 4:40pm Permalink
Toyota has been quite successful at keeping desirable features out of their vehicles. Features in my 2004 Chevrolet Malibu Maxx (V6) that should be standard in Toyotas: Remote start, adjustable pedals, a computer algorithm that determines when to change oil – in the Maxx it's usually around 8,000 miles. Since our family's phones are Android, along with other Toyota anomalies, I'm not currently in the market for anything Toyota.
Jake Kach wrote on February 4, 2018 - 2:09pm Permalink
Ditto. New vehicle this year and was becoming enamored with the Highlander until I realized no Android Auto. Deal breaker. The automakers holding out on that need to realize I'm not going to buy data for my phone AND my car.
Otto M. Bile wrote on March 31, 2018 - 4:03am Permalink
As a buyer I would have gave them this ultimatum: Remove infotainment center. Deduct that price from truck & then I will purchase it. Buy Android Infotainment dash device & have installed @ Car Toys, etc with your savings from car. THEY want to sell vehicles. They don’t care about Apple, Android, etc systems. Win / win for all. YOU have the money. YOU make the rules.
John Goreham wrote on April 1, 2018 - 3:00pm Permalink
If only the infotainment systems still resided in "double DIN" rectangles. I did replace my '07 Highlander's system with a modern one and the double DIN space allowed for a perfect retrofit. Those days are gone. What you desire is exactly why Android Auto and Apple Car Play were developed. So you could opt out of NAV, save money, and integrate your phone's apps (Google Maps) directly and seamlessly. Frankly, it's a lot easier just to buy a Subaru, Nissan, VW, GM, GMC, Ford, Ram, Jeep, etc, etc than go through the hassle of changing a system out.
Dick Troy wrote on April 13, 2018 - 10:11pm Permalink
After owning Camrys for 23 years, I was planning to buy an Avalon later this year...until the Detroit Auto Show in January. I'm writing this in April, having now owned my Android Auto equipped Honda Accord 2.0 Touring for one month.
Terry LL Behm wrote on June 17, 2018 - 4:31pm Permalink
Looking at getting a new 2019 Camry but only if it has Apple Carplay.If not no deal!
Agnes Agner wrote on January 20, 2019 - 6:14pm Permalink
Who would believe you can't put a two inch Tow Hitch for a Bicycle on the 2019 RAV4...Yes it has Car Play...