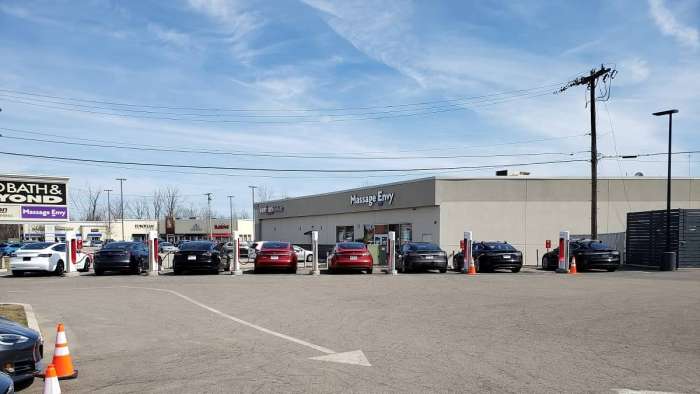 Is Today The Day Tesla Stock Finishes Above $500 Per Share

Tesla stock has been flirting with $500 per share. Will it end the day above that milestone today?
Advertisement

Tesla's stock has been on a wild ride since it began to take off in late October following a positive earnings report. This past week, the stock has been flirting with a close above $500 per share. To put that into perspective, that price is more than double what a share cost in September. 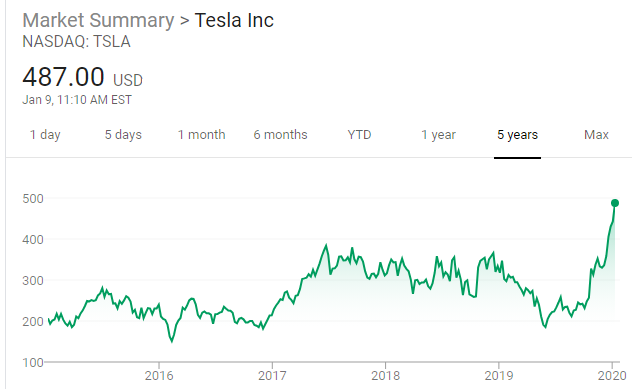 Related: Tesla's Stock Bump - Is the Reason Really This Simple?

Adding a bit more background, Tesla stock was valued at $185 eight months ago in May of this past year and $151 in February of 2016, just four years ago. Depending upon when a shareholder bought in, the stock ranges from a great deal to a windfall right now. Nobody who owns Tesla stock today is behind.

Stocks are not stable assets though. And just as everyone presently holding Tesla stock is ahead in terms of the price they paid for the stock, nobody holding Tesla stock today has made a profit from it - yet. In order to profit from a stock purchase, one must sell the stock at a higher price than was paid (plus whatever administrative costs the stock purchase came with.) Anyone holding Tesla stock today has to wonder, will the stock price continue to climb, or would I be better off securing my gains now? This is not just a theoretical question. Those who bought stock in Tesla a year ago in January of 2019 ($333) and held it until May of that same year ($185) saw the value of their investment decline by more than 50% in just six months.

Related: Time Stamp May 2019: Tesla Stock Will Have To Grow 100 Percent To Return To Its Previous High Value

The news is also full of stories claiming that short-sellers have lost money on their Tesla stock gambles. But have all short-sellers lost? Only if they completed their transaction. Those still with a short position are certainly not rejoicing, but have they lost if they have not sold? Nope.

It's anyone's guess where the stock goes from here. Torque News contributor and EV expert, Dean McManis, sees those investors with a Tesla stock shorter position as a headwind. However, he recently commented on Tesla stock possibilities, saying, "I suspect that Tesla has some technology announcements related to Maxwell Technologies that could turn the EV market on its ear and cement Tesla's lead in the EV business."

Today could be the day Tesla finishes above $500. Check the NASDAQ today at 4:40 pm EST to find out.

Stock data and chart courtesy of Google and NASDAQ. The author holds no individual stocks and is not a stock market analyst.
John Goreham is a life-long car nut and recovering engineer. John's focus areas are technology, safety, and green vehicles. In the 1990s, he was part of a team that built a solar-electric vehicle from scratch. His was the role of battery thermal control designer. For 20 years he applied his engineering and sales talents in the high tech world and published numerous articles in technical journals such as Chemical Processing Magazine. In 2008 he retired from that career and dedicated himself to chasing his dream of being an auto writer. In addition to Torque News, John's work has appeared in print in dozens of American newspapers and he provides reviews to many vehicle shopping sites. You can follow John on Twitter, and connect with him at Linkedin.