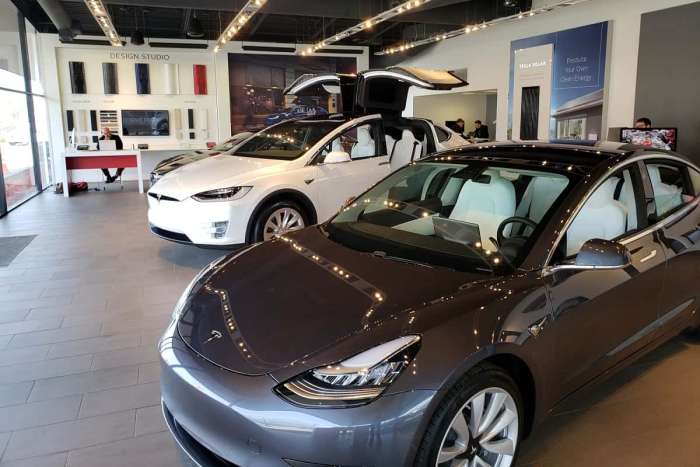 Tesla Model 3 Delays & Production Problems
Tesla's Model 3 launch was a fiasco. The Model 3 was very late to market, and production SNAFUS (just like the ones that plagued the Model X when it was launched) held the Model 3's launch plan back by about six months. By the middle of last year, the production problems had been sorted and Tesla was able to make as many Model 3 sedans as it could deliver. Thus, we can compare the past two half-years of deliveries in the U.S. since the factories were operating properly.

Tesla Delivery Scorecard Second Half of 2018
In the second half of 2018, Tesla delivered 115,950 Model 3 premium/performance sedans to North American customers. Feel free to include Canada or not, it doesn't change anything in the delivery volume in any meaningful way. We will base our delivery information on facts provided by Inside EVs. In addition, Tesla delivered 16,575 Model X luxury/performance minivan/crossovers and 14,925 Model S luxury/performance sedans. Since that half-year period, every one of Tesla's vehicle's has dropped dramatically in sales in the U.S.

Tesla Delivery Scorecard 2019 YTD
In the first half of this year, Tesla has delivered only 67,650 Model 3 cars in the U.S. Down by almost half. Tesla also has seen a drop off in the Model X and Model S. Tesla delivered 9,000 Model X vehicles and 7,225 Model S cars. Tesla delivered less than half the number of its Model S cars in 2019's first half compared to the second half of '18.

Tesla Overseas Sales
Once Tesla's backlog of pre-orders dried up, Tesla wisely shifted its delivery allotment to overseas markets. Rather than continue to ship all of its zero-emission vehicles in its home market, Tesla opted to load them onto fossil-fuel guzzling, carbon-spewing cargo ships and send them to other markets where demand and prices are higher. This helps to keep the lagging demand in the U.S. a bit tighter.

Still, Tesla was offering discounts on new, never driven Tesla cars in Q2, Something Elon Musk vowed never to do. The company also put on quite a sales push in Q2 to ensure that it sold and delivered as many cars as possible.

What's next for Tesla?
Tesla's domestic demand has stabilized for the Model 3. Most buyers who were waiting for one now have had a chance to buy one from inventory. Tesla has now bailed on the idea of a $35K Model 3 and instead has opted to sell the Model 3 in the premium price ranges of averaging about $50K. That is our estimate based on monitoring sales informally.

We have asked Tesla what its average transaction price is for the Model 3 and also asked how many SR+ cars it has delivered, but Tesla won't answer such inquiries. The company prefers to give the impression that the Model 3 is priced lower than it actually is.

It is hard to predict how many vehicles Tesla will deliver to U.S. customers in the second half of 2019. By all accounts, it seems that demand has now stabilized for the X and S below the prior highs for those models. How much Model 3 inventory will be allocated to the U.S. is also not predictable. However, we can make one prediction with pretty high confidence.

Tesla's best half-year of U.S. sales is now behind it, at least for the foreseeable future. With Tesla's prices having just risen substantially due to the change in the federal tax deduction, the folks looking for Tesla price deals bought in Q2. At least the smart ones.

Below you can watch the video released by Euro NCAP on Model 3 safety and please also click here to subscribe to Torque News Youtube channel for daily Tesla and Automotive news analysis.