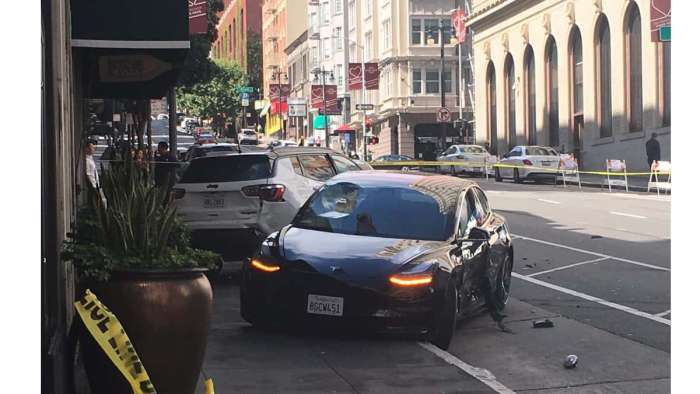 Tesla claims that its cars are just months from full self-driving through Autopilot, yet they still run red lights and cause crashes and deaths.
Advertisement

A recent fatal Tesla Model 3 crash in San Fransisco, California highlights an apparent contradiction. Tesla says that its vehicles will soon be capable of "full self-driving." Yet they can still run red lights and still allow occupants to set the car to exceed speed limits.

Tesla Full Self Driving
Tesla recently updated fans and owners on the status of the autonomous driving systems that the company already has installed in its 2019 vehicles - but has yet to activate. Tesla says that the cars will be ready for full self-driving in less than six months. Yet, the cars today still won't stop at a red light if the occupant/operator ignores one. If these vehicles are so close to making the leap to being able to operate in a mode that Tesla names "full-self driving" it seems crazy that the company has yet to enable its cars to automagically stop at a red light, a driving event that happens as frequently as every fifty yards in many cities. 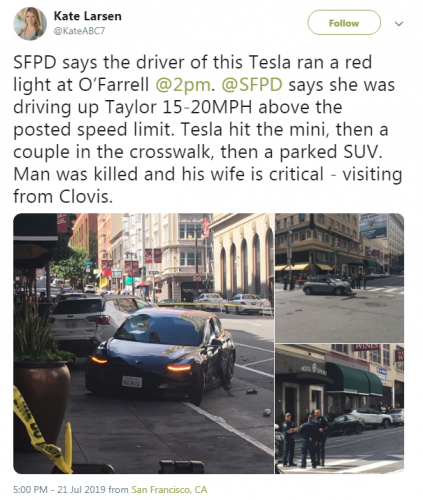 Tesla Fatality
In San Fransisco, California this past Sunday at 2 pm in broad daylight police and news reporters in San Fransisco say that the occupant/operator of a rented Tesla (which appears to be a Model 3 in images) was speeding and ran a red light. That kicked off a crash event involving another vehicle and pedestrians. A pedestrian was killed and another critically injured. We have no reports to validate if the vehicle was operating autonomously, or if the driver was controlling it. If you think about it, why does that matter?

Automatic Braking
Almost every mainstream vehicle sold in America today either has standard forward-collision prevention or optional systems that also specifically detect pedestrians. These systems can stop the vehicle, or slow it to prevent or minimize the damage from an accident.

With Tesla's full-self driving capability just single months away, why has Tesla not opted to enable its vehicles' stoplight recognition and braking system? Why has it not enabled the speed limit controls that it will surely have to use when the vehicles self-drive?

Why Highlight Tesla?
We're certain that Tesla fans have outstanding, very logical reasons why these luxury-priced vehicles along with the occupant/operators are still involved in crashes that are killing people. Those excuses (explanations) will also come along with outrage that the media dares to highlight a brand involved in an accident. Yet, try as we might, we can't think of any other manufacturer that is charging its buyers for a system it calls full self-driving that it claims will be operating in a handful of months.

Top of page image courtesy of Kate Larsen via Twitter.

See you in my next story where I am discussing how Toyota kicks off 2020 Supra sales with big advert roll-out.