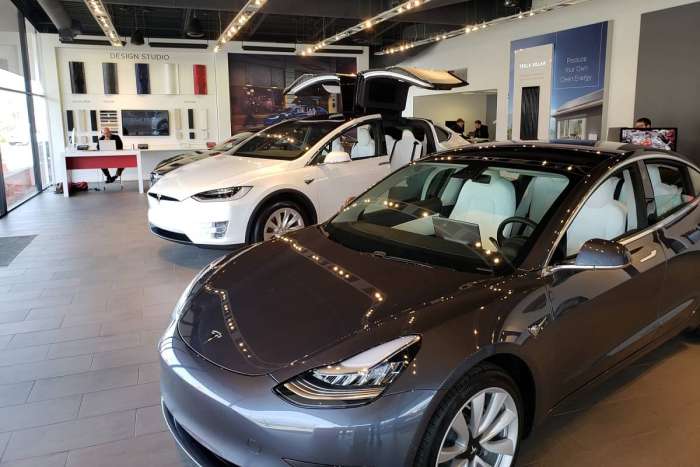 Tesla U.S. Vehicle Sales Up In May - Will Volume Return To 2019 Levels?

Tesla's sales soften in the U.S. market. Here's a look at how Tesla did in May and year to date.
Advertisement

Tesla sold about 14,000 Model 3 cars in the U.S. in May*. That number makes the Model 3 the top-selling premium/performance sedan in America for the month. No other car sold by any premium or luxury automaker comes close. This sales figure is also up considerably from last May. However, that was before Tesla had sorted out its long-delayed production ramp for the Model 3. At its peak, while still filling pre-orders, Tesla had a month about twice this volume for the Model 3.

Tesla Slowing Demand
The news has been focusing on a softening of U.S. demand for Tesla Model 3 vehicles. It is hard to argue that isn't true, but Tesla fans make the effort. From our point of view, it doesn't matter much. Tesla can load its cars onto cargo ships and burn oil all the way to distant lands to sell its vehicles at a premium price. The real issue will be global softening, and it is too soon to say that is a factor yet.

Tesla Model X and Model S Sales Steady
The Model X and Model S bounce up and down in sales month to month, but not really in any meaningful way. The early demand for both is now satisfied and sales today are the normal replacement and new-buyer demand level for these two large vehicles priced well into luxury vehicle territory. Given their six-figure price tags, there is certainly nothing wrong with selling about 2,500 high-priced vehicles per month. In May, Tesla sold about 1,000 Model S cars and about 1,400 Model X minivan/crossovers.

Tesla Leads In Its Segment - And We Don't Mean EVs
Tesla presently has a commanding hold over the luxury/premium/performance vehicle market in the U.S. With three offerings selling as fast as Tesla can pump them out, and new products on the horizon to keep fans enthusiastic, it easy to call Tesla the most exciting American automaker of high-end vehicles in America for 2019.

*Torque News relies upon the hard work done by Inside EVs for its monthly Tesla estimates. Tesla hides its sales volume until forced to release it by SEC rules. You can read how Inside EVs calculates Tesla's U.S. sales at the link above.