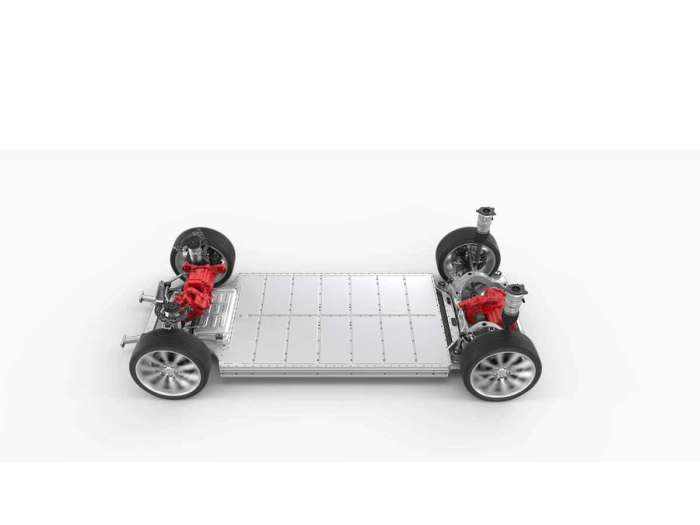 Consumer Reports closely follows the quality of vehicles. The pricey Tesla Model S is again out of favor.
Advertisement

The Tesla Model S has lost its Consumer Reports (CR) "Recommended" listing - Again. The oldest model in the Tesla lineup, on sale since 2012, the Model S has been on the list and off it depending upon the vintage. This time, the luxury Model S is off the list due to problems with its air suspension.

And interestingly, Tesla isn't whining too hard about the loss of this quality ranking. On the contrary, Tesla's response to CR seems almost like an apology to fans. A Tesla spokesperson told CR, “Suspension issues for Model S have improved 65 percent since last year,” she said, “and we continue to make further improvements.” In dog years, the Model S is now only about 39, but in vehicle years, the Model S is as old as dust. Almost no automaker goes six years without introducing a new generation of any important model. Tesla has a different approach, refining the models it launches. With the exception of its first model, the Roadster, which Tesla simply killed off.

Consumer Reports' Jake Fisher commented on the long design cycle of the Model S, and how it has in this case, hurt the car's reliability. “The Tesla Model S appears very similar to the car that launched six years ago, but Tesla has made many significant changes,” Fisher says. “Just as we’ve seen with other manufacturers, major changes and updates often cause reliability to slide. It can take a year or two for automakers to work out kinks with new technology.”

The Model S was last kicked off the Consumer Reports Recommended list in 2015. Since then it has been up and down in terms of reliability. It is important to remember that Consumer Reports staff don't decide which cars are reliable and which are not. Rather, owners of the actual cars, in this case, Tesla owners, make that determination based on reporting how their cars have held up. In 2017, Tesla owners' reports placed the Model S at the very lowest level for quality, a 1/5 or Red if you know the magazine's reporting format.

When it comes to opinions, the Consumer Reports's staff are pretty much in love with the Model S. In 2015, the same year the vehicle lost its recommendation the first time, CR's editors named the Model S the "The Best Overall" vehicle. Owners also consistently rate the Model S very highly for "Overall Satisfaction."

Read more about the new changes to the Model S' ranking at Consumer Reports, a subscription-only publication.

LG's New EV Battery Plant Is a Welcome News for Tesla
Tesla Giga Berlin's New Hurdle: It's Not Only the Gov't, but Now Tesla Itself
END_OF_DOCUMENT_TOKEN_TO_BE_REPLACED