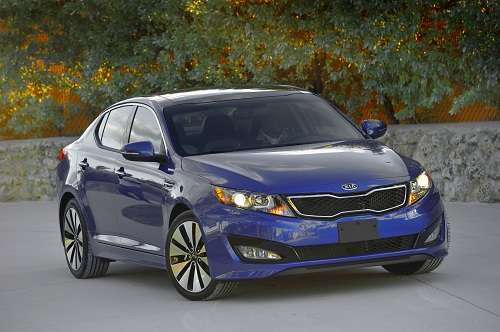 Some well-deserved wins by the established premium brands, but one company is quickly coming up the ranks. Another winner is now killed off by its maker. Can you guess which?
Advertisement

When Porsche won the overall Brand Appeal honor in the Recent J.D. Power Appeal Study it was the result of a long effort to climb to the pinnacle of the automotive world. Audi winning the segments it competes in most aggressively was also a win well deserved, but not completely unexpected. However, sneaking up the ranks, Kia is quickly becoming a brand know for style, quality, and of course value.

Pick Your Fights
Every car maker has a target they shoot for. Very few honestly try to compete and win the top spot in every segment. Mercedes does not have a full sized pick-up truck. Ford owns that market and Chevy keeps them honest. Ford does not have a V12, rear drive ultra-luxury car. Mercedes owns that and Audi keeps them working hard to be the best. What Kia wants is simply this; It wants to have the best family four door sedan on the planet at any price. It is getting very close. The recent J.D. Power Appeal Study proves that customers think the Optima is a vehicle with class and style that they would like to own as a family four door. That the Kia tied the Volkswagen Passat only highlights exactly how good the Kia has become.

Kia Becoming Very Desirable
Kia also won the “Compact-Multi-Purpose Vehicle” segment outright. It beat out Honda; beat out Nissan, and all other comers with the Kia Soul. Michael Sprague, executive vice president of marketing and communications, KMA said in a press release "As key entries in Kia's design-led transformation, the Optima and Soul have attracted new customers to our showrooms, and the results of the J.D. Power and Associates' APEAL Study illustrates just how delighted these new buyers are with the purchase of their new Kia vehicles." A summary of the new Appeal Study on the J.D. Power press site points out that customers are “downsizing, but not downgrading.” This is good for Kia who has always done well with product packaging, making the most of the available space in a given car segment.

Chevy Wins, but Can't Count on Sales
Interestingly Chevy won the most individual awards with three, and won two awards that seem to leave some scratching their heads. The Chevy Avalanche won its segment. However, Chevy just killed the Avalanche. Someone at Chevy marketing may have just thrown a stapler at a window. The Volt also won its segment. Interesting since the Volt’s sales were so disappointing that the President of the United States, who represents GM’s largest shareholder, had to make a personal promise to buy one once he finishes up his current job. So Chevy can count on one Volt selling in either January 2013 or January 2017.

Kia is earning its reputation as an excellent product and a good value by serving up lobster at fish-fry prices and Chevy has great products going away.