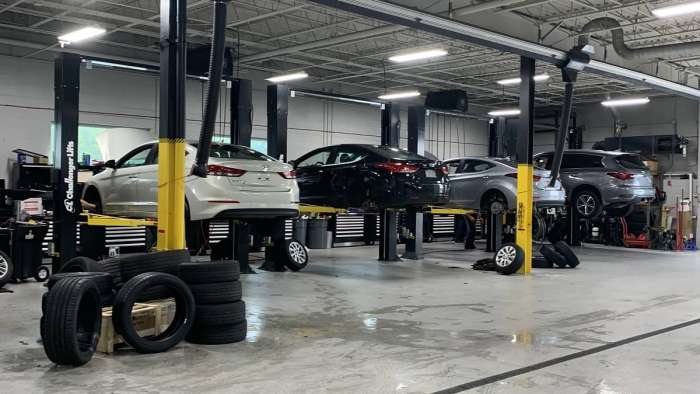 An interesting study that looks at the actual three-year cost of repairs and maintenance of conventional gas-powered vehicles vs. new electric vehicles reveals the difference is a tiny percentage of the total cost of ownership.
Advertisement

A new study by We Predict finds that in the first three years of ownership, the actual cost to maintain and repair an electric vehicle is $235 less than traditional vehicles. This equates to a 30% difference in those costs vs conventional vehicles. Interestingly, it takes the full three years for the advantage to take effect.

These costs are not just consumer costs. Rather, the costs include what manufacturers and dealers pay as well. The EVs included the Ford Mustang Mach-E, which had the lowest actual cost over just three months (not years) at just $93. By contrast, the Jaguar I-PACE has a cost at that time period of $834, and the Porsche Taycan of $667. 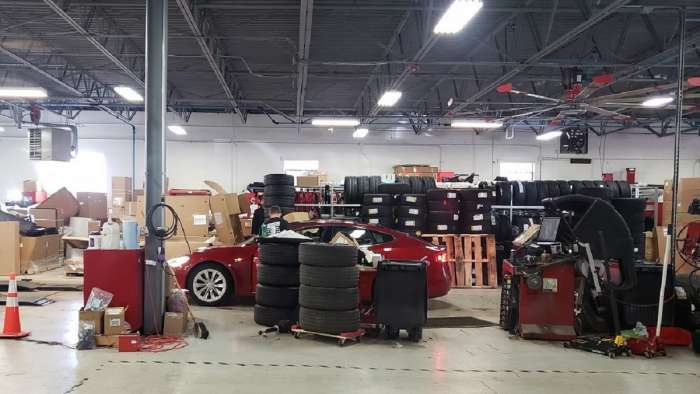 What are these incurred costs? We Predict provided the following breakdown of where the costs in the first three years come from: 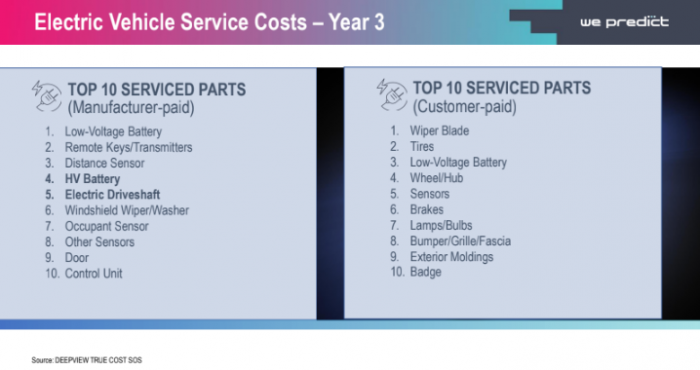 EVs have fewer mechanical parts than gasoline vehicles. One promise that EVs hold for buyers who have not yet made the switch away from liquid-fueled vehicles is that they have a significantly lower cost to maintain and repair. While nobody argues against the idea that EVs should be lower in cost to maintain and repair, are the savings meaningful? One interesting finding is that some gas-powered vehicles have a cost much lower than the average for EVs. For example, the three-year cost of maintenance and repair for the Mazda Miata is $275. About half the $514 an average EV costs.

Removing repairs and focusing only on the maintenance side, the incurred costs are hard to call significant. The study found that electric vehicles’ three-year average maintenance costs were $77/vehicle and that conventional vehicles had an average cost of $228/vehicle.

Virtually every automobile sold in America is under its bumper-to-bumper warranty for the first three years of typical usage. That means that consumers rarely pay much for repairs during the first three years. In addition, many brands cover the cost of maintenance for some number of years after a new vehicle is purchased. For example, Jaguars come with five years of included maintenance, Hyundai vehicles for three, and Toyota for two. In each case, the costs are covered regardless of the type of powertrain. The truth is, the maintenance and repair costs of a new vehicle in the first three years are almost meaningless by comparison to depreciation, insurance, and energy costs. For many consumers, the cost is zero. To be clear, we are not including crash damage costs here. That is not what the industry term maintenance and repairs refers to.

Manufacturers and dealers do incur costs during this period. The dealer costs are then repaid by the manufacturers. We communicated with the producers of the study and asked them to clarify what the typical repairs include. Using EVs as the example, Renee Stephens, VP of Automotive at We Predict provided this breakdown of the data:
- Fifty-three percent of the $514 EV service cost comprised labor expense and forty-seven percent were part cost.
- Splitting the costs down, the majority was for repairs ($301), $136 was spent on campaigns, and $77 on maintenance.

After the initial warranty and included maintenance period of three years, vehicle costs begin to shift directly to the vehicle owner. Consumer Reports did a full report on the longer-term cost differences for maintenance and repairs between vehicles with various types of powertrains. The surprise result was that plug-in hybrid-electric vehicles were virtually tied with EVs (actually ahead slightly) and that both had a meaningful long-term advantage over traditional designs.

You can view more about the study on the We Predict summary page. Does the study’s findings that EVs have a $235 advantage over conventional vehicles surprise you, or confirm your assumptions and experiences? Tell us in the comments below.

DeanMcManis wrote on November 18, 2021 - 1:43am Permalink
The 3 year comparison shows up some savings, but I think that the 5 and 10 year comparison will be more dramatic, still favoring EVs. The first 3 years should be relatively repair free, and covered by warranty. But after 5 and especially 10+ years the simplicity of EVs should make an even bigger difference and ownership savings.
John Goreham wrote on November 18, 2021 - 8:56am Permalink
Spot on. Let's put the timing belt, spark plugs, starter motor, alternator, and oil filters in a museum. It's later in life when EVs hold their biggest possible gains. Let's hope Mfgs will not equip every one with a tire that costs $250 each.
cj wrote on November 18, 2021 - 9:46am Permalink
The truth is out there... just not here!

LG's New EV Battery Plant Is a Welcome News for Tesla
Tesla Giga Berlin's New Hurdle: It's Not Only the Gov't, but Now Tesla Itself
END_OF_DOCUMENT_TOKEN_TO_BE_REPLACED