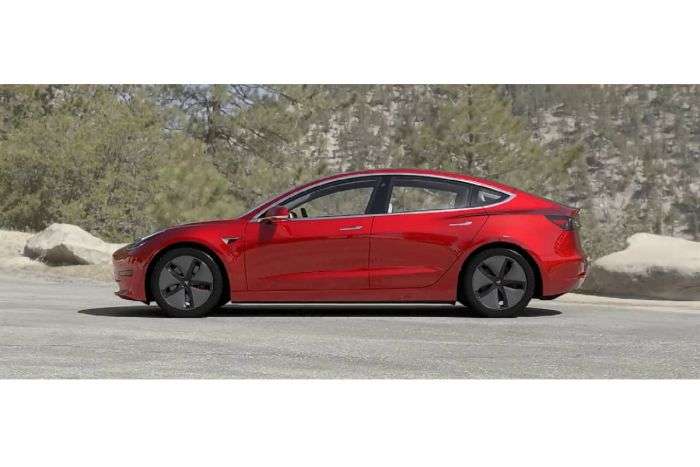 Consumer Reports found that the Model 3 they paid $59,000 for has problematic brakes, controls issues, ride issues, and other problems that preclude the model from earning the group's “Recommended” stamp of approval.
Advertisement

Consumer Reports (CR) was one of the first automotive media publications to take ownership of a Tesla Model 3. Like other owners, CR’s Model 3 came with the mandatory extra range and premium options pushing the price way above the imaginary “$35K” starting point Tesla and the fawning pro-EV media have claimed in order to promote the car as “mainstream.” Frugal Consumer Reports shelled out $59K for the Model 3 they purchased to test, and quickly published their Model 3 First Drive Report. One would assume with so much hype and positive reviews of the Model 3 that the group would quickly bless the car with its coveted “Recommended” stamp. Guess again.

Now that Consumer Reports has had ample time to do formal testing, the group has offered multiple reasons that the group has withheld its important recommendation from the new Model 3. For starters, the sporty Model 3 CR tested could not stop as well as a huge work vehicle like a Ford F-150 does. Second, the controls are problematic. Third, the car’s stiff ride was outside the mainstream for sporty sedans. There were other factors cited by CR as well, such as excessive wind noise and an unsupportive rear seat.

The Tesla Model 3's braking problems were first reported by Car and Driver (CD). Although CD said in its summary of the Model 3 that the compact sedan was one of the “better-driving EVs on the market,” the group also concluded that the Model 3 is “ ...not a true sports sedan, and it lacks a degree of refinement considering its high price…” CD went to add about the braking system, “…we did notice a bizarre amount of variation in our test, which involves six consecutive panic stops—the third of these stops took an interminable 196 feet.” Synonyms for “interminable” for those, like us, that don’t often use that term, are never-ending, non-stop, and unending. In other words, the Model 3 would not stop. Consumer Reports summed up the Model 3’s problematic braking by saying, “The Tesla’s stopping distance of 152 feet from 60 mph was far worse than any contemporary car we’ve tested.”

Both Consumer Reports and also Car and Driver found much to like about the Tesla Model 3. Should that be any surprise given that the car costs nearly $60K and is the size of a Hyundai Elantra? The Elantra, by the way, does earn Consumer Reports “Recommended” stamp of approval.