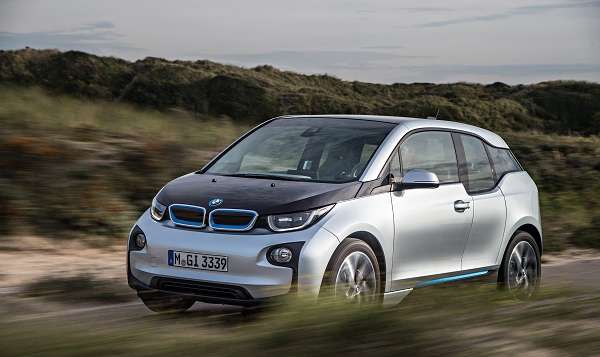 Torque News' exclusive poll reveals that buyers of the newest electric vehicle, the BMW i3, are not who BMW predicts will buy the car, and what they trade in does not fit the gas guzzler to green car narrative.
Advertisement

Torque News has done our own poll of BMW i3 owners and those with cars on order in the US market. We found that the cars that are being turned in by these US market early adopters and BMW EV enthusiasts fall into some neat categories overall. The easiest observation to make is that almost nobody that buys an i3 electric BMW sedan is turning in a gas guzzling internal combustion engine powered "ICE" car.

This should not really be a surprise. It does however upset the meme that electric car buyers are moving to them from polluting gasoline powered cars. We are in year three of the modern electric car market in the US. We are also at the end of the first decade of Toyota’s amazing hybrids. So that means that the people with a passion for the environment who want green cars may already have made their first purchase of a green car.

In total we polled a group of about 1,800 i3 owners and enthusiasts and 40 replied with a definitive answer about what they are trading in for the i3 they have bought. A couple are trading in 2 vehicles, so we counted both and we therefore have 42 vehicles listed that owners either sold or traded for their new i3. This may sound like a small number, but remember only 336 i3 were sold in the US last month (May). We have answers from roughly 12% of that number.

Meet the ActiveE Electronauts
Some readers may not know this, but BMW started a program a few years ago to bring in some EV enthusiasts who would lease electric versions of their small sedans. First BMW electrified some MINIs. Then they created a more formal program with electrified 1 series coupes. These cars are called ActiveE cars and they look like a regular BMW 1 series car, but are fully electric. I drove one and found it to be one of the best EVs ever built. Possibly only the Tesla was a better electric car overall in my opinion. However the i3 is a much more dramatic EV. It goes beyond the ActiveE in many environmentally beneficial ways.

The people in the program are called by BMW “electronauts.” These BMW insiders and early adopter/brand champions are a big part of the i3 early buyers, and that is no accident. On the list you will see ActiveE is presently the most commonly turned in car for new i3 owners. My observation is that these electonauts loved the ActiveEs. Many requested extensions on their leases.

Is BMW Wrong About Who Buys the i3?
BMW says that globally about 80% of i3 owners will be customers new to BMW. We are not trying to make a case here that BMW is mistaken. Quite the opposite. This author both agrees with that prediction from his personal view of the market, and I also trust the way automakers do that research. However, it is not true yet in the US market. For now, our poll shows that current BMW drivers are the majority of i3 buyers. Many are turning in BMWs (or selling them) and some others also have another BMW they plan to keep. For example, one buyer plans to keep both a BMW X3 and also a Porsche Boxster. Some would say that is the perfect fleet. Another is turning in an Audi Q5 crossover and keeping her Range Rover to augment her i3. Some i3 buyers actually told us they had 2 or more previous green cars. Besides the BMW Internal combustion engine (ICE) cars on the list Acura TLs and MINI vehicles were well represented in the ICE car category.

What do BMW i3 buyers Trade In or Sell on?
Here is what the respondents to our poll told us they were turning in or selling on to make room for their new i3.

Electric Car Buyers Are Already Green Car Owners
Some conclusions we can draw are that right now the i3 is attracting mainly buyers that already had an electric car or a hybrid. We can also say that more than half of i3 buyers already currently own a BMW, and more like 70% have owned one in the past (this is an estimate from the comments we received). So for now, BMW's estimate that 80% of i3 buyers are new buyers to the BMW brand does not jive with our poll, but ours is just US customers. We emphasize, we are not calling that BMW prediction wrong. Rather, it is just too early to see it yet in the US. Or maybe the US customer demographic will remain different overall than the international customers.

The new BMW i3 is a revelation. After we drove the i3 we felt that a step had been taken in the evolution of the EV. This car accelerates smartly, has its own kind of cool, and our overall analysis led us to say it will sell in whatever numbers BMW decides to produce it. So far, pre-sales and initial US sales seem to be coming along according to plan.

Hopefully, BMW will tell us at some future point exactly how many new green car customers it brought into BMW with the i3. What we have learned from this poll and analysis is that about 70% of i3 buyers are already green car drivers, and half are actually full-electric car drivers already.

Our conclusion is that the electric car narrative is about evolve. New green car buyers are not ICE car owners who are stepping out of a brute ‘ute getting 11 MPG and into the future. Rather, it seems that most i3 buyers are already driving future and they are staying on the cutting edge by upgrading their green cars to the best EV they can find and afford.

Torque News would like to thank the Facebook i3 Club members and administrators for allowing us to request and publish this information. We consider it a privilege to be allowed to participate in their well-run club.

John Goreham wrote on June 11, 2014 - 5:03pm Permalink
Author's note: After this story was published, the administrator of the group I polled pointed out that the first 100 members (now about 1800) were all ActiveE drivers. He correctly states that the ActiveE turn-ins may have been overly-represented in the results above. He also points out that if you subtract the ActiveEs BMW's prediction is right! Our thanks to Tom M for noticing this fact.
danwat1234 wrote on June 11, 2014 - 7:11pm Permalink
"This car accelerates smartly". I've heard it limits acceleration if you are turning at the same time as pressing the accelerator and possibly at lower speeds. That's too bad, with sporty tires it may be able to put full power to the ground. The Volt limits acceleration at lower speeds too.
John Goreham wrote on June 11, 2014 - 7:20pm Permalink
Many cars now feature some form of torque management to prevent wheel-spin in cars that can overpower their drive tires. Accelerating while turning is a great example. That said, I never felt that during my limited drive. Maybe an owner can comment? Just for clarity, I did not mean the car accelerates "intelligently." Rather, I meant to convey that this car gets up and goes!
Eric Perigny wrote on June 11, 2014 - 8:10pm Permalink
I personally traded in a 414hp V8 BMW M3 in favor of the i3 BEV and I would not go back in time. I enjoy driving the future everyday now. I am not surprised that some i3 early adopters are coming from the 3 series but more about the 5 series. I hope that BMW will hear the message and produce a Tesla killer i5 although I deeply want Tesla to succeed as well.
Paul Durham wrote on June 12, 2014 - 12:49pm Permalink
We purchased an i3 REx about a week ago (June 3). We drove it back in April when BMW's touring "ride and drive" event came to town. We are keeping our 2002 VW Golf TDI (though I previously owned a 5 series). We have been planning on getting an EV for the past few years. Nothing satisfied us until the i3, except maybe a Tesla Model S, but it's just too expensive (we could afford it but are unwilling to pay so much for a car). We decided to get the car notwithstanding being very unhappy about the decrease in fuel tank size from 9 to 7 liters in U.S. models. In spite of that drawback, the i3 is still the best EV out there without spending significantly more.
John Goreham wrote on June 14, 2014 - 9:40am Permalink
Paul, this comment is great for a few reasons. First, in the story I explain how we discovered that many new i3 buyers are turning in green cars. Most folks who bought diesel cars in the past considered them green-cars. I also mention that many already had owned a BMW, but that it was mostly informal data I had to support that. Your story is helping me show that. I also just liked your comment. Thanks for taking time to write.
Paul wrote on June 14, 2014 - 10:26am Permalink
Yes, back in 2002 we chose the diesel Golf because of its lower CO2 emissions, so it was purchased as a green car. The REx option in the i3 was a key factor in our decision, combined with the higher level of quality and performance offered by BMW. Our plan for the next year or so is to determine based on experience whether the i3 could be our only car (we don't commute and don't really need two cars and are willing to rent something for the occasional road trip). We plan to attempt using the i3 to make a 200-mile one-day trip (with no charging stations on the route) once or twice a month. The first such 200-mile day is just two days from now. It will be the first time I'll be depending on the REx engine to get me home.