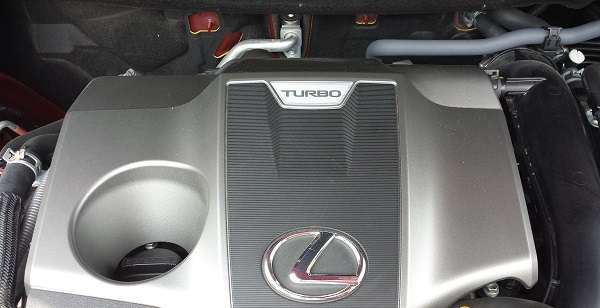 We’ve done this sort of comparison before, but let’s give the little turbos a second look.
Advertisement

Having tested about a dozen crossovers and sedans with 2.0-liter, turbocharged four-cylinder engines now, I have almost come over to the dark side, but not yet. The Nissan Murano and Honda Accord V6 pulled me back. The Murano’s V6 pulls strongly at every point in the rev band, and Nissan's new-generation CVT dispels every myth (some of which I created). Let’s compare it to some other popular five-seat crossovers, but to make the fight more than fair, we’ll look at ones that are a bit smaller than the Murano. That should give the turbo-powered cars an edge.

The Murano offers an EPA fuel economy rating of 24 MPG combined and with its regular unleaded fuel costs $1300 for fuel per year according to www.fueleconomy.gov. The smaller Lexus NX 200t, with its turbocharged four-cylinder engine also earns a 24 MPG combined rating, but since it uses premium fuel, it costs $1,750 for gas each year. The Murano’s V6 packs 260 hp; the Lexus has 235 hp. The newest crossover with a turbo to join the party is the Land Rover Discovery Sport. Its 2.0-liter turbocharged four-cylinder has 240 hp and earns an EPA rating of 22 MPG on premium. Two turbocharged examples, both on the market less than 18 months and in the case of Lexus with an all-new engine. Neither can match the power or fuel economy of the larger vehicle with the V6 engine. In case you are wondering, I’ve driven all three. The Murano feels the fastest.

Another example that we like is the all-new Chevy Malibu Premier with its 2.0-liter engine and eight-speed automatic. It is hoping to compete with the Honda Accord V6, which uses a six-speed automatic. With the smaller engine and more gears the Malibu must beat the Accord, right? Nope. They both have the same EPA fuel economy rating of 26 MPG combined, and both have the same $1200 per year fuel cost. The Accord has 278 hp and the Malibu just 250 hp. Above we gave you this author’s opinion of which felt faster. To give the argument more strength, in this comparison we will let Car and Driver tell you how they thought the turbocharged Malibu felt in comparison. They said.“The Malibu 2.0T’s 60-mph run is fleet at 6.1-seconds, but significantly slower than comparable V6 Camry or Accord.*” Topping this off is the Malibu’s $34,285 price point. That is not less than an equally-well equipped Accord.

Every vehicle we have spoken of in this story has strong points. There is not a single one mentioned that reviewers are not saying great things about. Our point is, what is the fascination with smaller turbocharged engines? Not better on fuel, not faster, not less expensive. Where’s the attraction?

Mark Day wrote on December 10, 2015 - 5:47pm Permalink
"Where’s the attraction?" Probably cheaper to manufacture and easy for unsophisticated vehicle buyers to accept. Less total weight may please the bureaucrats - the co-owners.
Ernie wrote on December 5, 2018 - 5:22pm Permalink
You're forgetting about torque... I'm willing to bet both turbo 4s have more torque even though the HP is lower. HP means nothing without torque. A non-aspirated V6 will rev higher than a turbo 4. I have a tuned VW 2.0 TSI engine in my Tiguan and I have to be careful about watching my speed. There's so much torque, you can be going 90mph but think you're going 70. With the NA V6, you'll feel the revs as you're going faster.
John Goreham wrote on December 6, 2018 - 4:32pm Permalink
Ernie, you are spot on. Torque matters and personally am a convert to enjoying the high torque art low RPM turbo motors in modern vehicles. For example, the new Honda 2.0-liter and 1.-5 liter engines. My favorite overall is the Mazda 2.5-liter turbo now in the CX-5, Mazda6 and CX-9. Thanks for your comments.
Vinayak wrote on August 29, 2019 - 3:09pm Permalink
@John Goreham : what are you even saying brother? you kiddding me? a v6 camry and a v6 accord beating a malibu2.0T, either you got it wrong or you are bulshitting as honda themselves claim that the accord 2.0t is faster than the V6. A malibu 2.0T is just as fast as a acoord 2.0T. Do your homework dude....I have a had a accord v6 8th gen coupe and now have a vw cc 2.0 t, I would say cc is faster and accord was fun, coz i love the v6 sound. but the sheer torque produced by the turbos along with fuel economy can offset that v6 aura anyday.