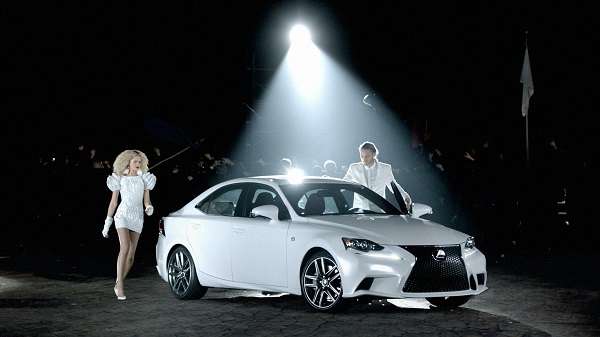 Lexus IS proves it is often not how many you sell, but who buys the car that matters

Lexus IS 250 and IS 350 buyers trend younger, more affluent, and more male. Lexus could not be happier.
Advertisement

Car makers build brands to exploit the sales potential in specific segment of the population. Scion was built to bring new younger buyers into the Toyota family. It has not worked. Toyota is the big tent. It makes models for the largest parts of our population, and no automaker in the world is as good as Toyota at that. Lexus’ job was to capture buyers with more money to spend.

For a time Lexus was succeeding, and it became the world’s biggest premium automaker selling in the US market. Then the Germans fought back with edgier styling. Remember the controversial BMW styling period called the “Bangle” period, named for designer Chris Bangle? A shift towards more performance cars in the mix like Mercedes AMG models, BMW M cars, and the Audi S and RS trims also helped these brands. They reclaimed their market share back from Lexus. Times are again changing and Lexus is again close to the top, but it still has to pass BMW to get to that point.

Younger Male Buyers
One critical affluent sub-segment is the younger buyer. Stick with rich older buyers and your brand might become Lincoln, or worse, Oldsmobile. Sales drop as the customers do and the company is “branded” an old-fart’s car. To combat that, automakers try hard to bring new wealthy, and upwardly mobile buyers into the brand. The Lexus IS has been a smashing success in this regard. Lexus reported late last year that its IS buyers are now averaging under 30 years old. An added bonus is that the buyers were trending more male. The Male-female mix is not usually a “problem” for an automaker, but Lexus was going a little too far with female buyers of its ES, RX, and CT models. Frankly, the IS 250 was as well. The new IS helped Lexus bring the gender back into balance for its newest customers. IS buyers were tending 56% male after the model launch was completed. Part of the credit goes to the F-Sport versions, which have sold well.

This did not happen by accident. Lexus’ product, its promotion (video below for example), and its price, all contributed to Lexus’ successful market penetration for younger affluent buyers. Thus, Lexus covered three of the 4 marketing “Ps.” Lexus didn’t change its “place” meaning it dealership network, to target younger customers in the US, though it did in other markets.

As the first year of the third generation of Lexus IS sales concludes, it is clear the car is now a very big success for the brand. Its sales numbers prove this, but looking past the numbers we see that Lexus has also positioned itself better for the future as a result of this new car line, and its new buying demographic.