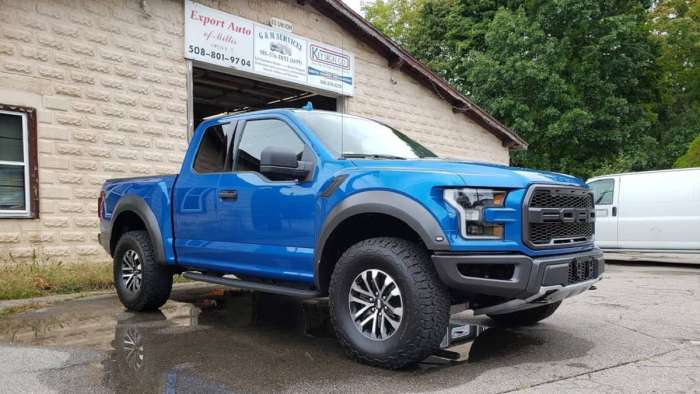 What would you pay for a 2019 Ford F-150 Raptor? You may be surprised at just how inexpensive one can be.
Advertisement

High-end pickups now can be configured to cost over $100K. Fans of the 2019 Ford F-150 Raptor know that fully-loaded, the way most media test vehicles come, the performance truck can cost nearly $80K. One of our colleagues tested the Raptor last week and his media test Raptor had a price-as-tested of $74,995*. Coincidental to this, one of Torque News' technical sources, Mark McMullen, at G&M Services in Millis Massachusetts, took delivery of a Raptor for his own use. Mark's Raptor, is a new 2019 Supercab Shortbed in Velocity Blue. Mark paid $54,450, more than $20K less. And he's thrilled. 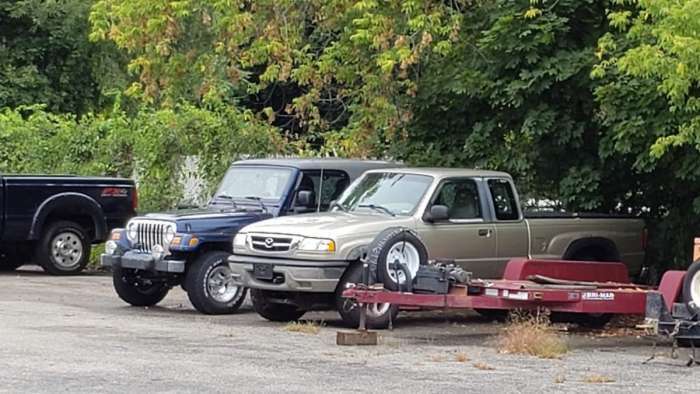 Mark is a Ford fan. Although he is a specialist in rare European and Japanese sports care repair and restoration, and also the chief mechanic for a Miata race crew, Mark is equally at home working on a vintage Mustang or T-Bird. His daily driver for the past decade has been a Mazda pickup (Ranger clone). That truck will now be a winter plow truck. Mark wanted something special, and the Raptor's performance, looks, and attitude appeal to him. 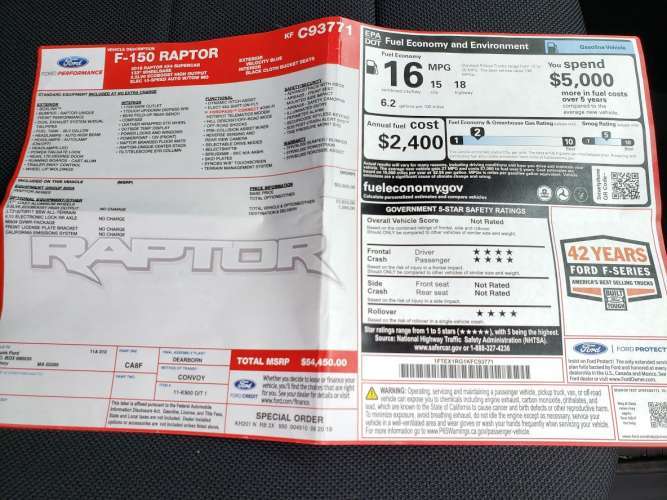 You may be interested to know that Mark didn't receive a discount on his Raptor. He paid the full MSRP and destination charge. The Raptor he bought was configured about three months ago on the Ford purchase site (the price remains unchanged as of this story's publication). Mark contacted his local Ford dealer, Quirk Ford, and placed it on order this summer. From the time he placed it on order until it arrived was roughly nine weeks. Mark had a positive purchase experience with Quirk. He told us, "When I went to pick it up, another shopper was trying to make an above-sticker offer to take it home that day!"

Most folks assume a base vehicle is somehow less well equipped than a loaded trim. In many cases that is absolutely true. However, the Raptor comes with just one drivetrain. The mightly 3.5-liter EcoBoost High Output engine with a massive 450 horsepower and 510 lb.-ft. of torque. Paying more doesn't make the truck faster. Hill descent, off-road mode, off-road tires and shocks - all standard. As is 4X4 with Terrain management and the trick differential. You can go crazy with packages, but do you really need them in a Raptor? What exactly is a Raptor supposed to be? Plush? Not to our way of thinking. Mark likes that his truck doesn't have the "Raptor stickers" all over it.

Synch 3 is standard, so Android Auto and Apple CarPlay are included. That means navigation and tunes are not a problem. The driver's seat has 8-way power. Ford even throws in a front plate holder. Which Mark doesn't need because his truck has one of the grandfathered-in single green plates in Mass.

If you want a Raptor, you should really check the prices. You can spend a lot more than Mark did, but why would you?

*Hat Tip to Joel Feder for his input on the Raptor Media vehicle pricing.