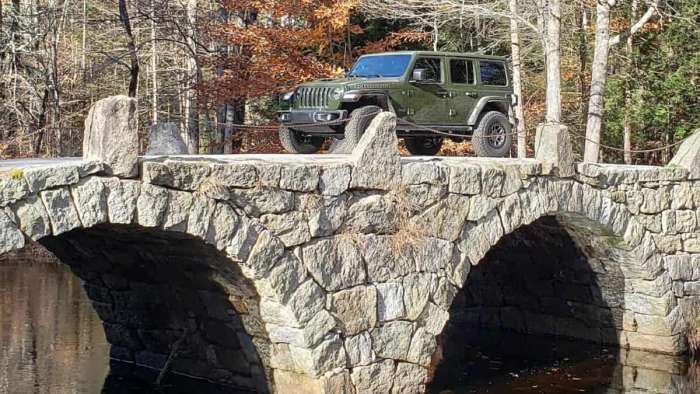 We tested the Jeep Wrangler Rubicon 392 on some of New England’s best mountain passes and country lanes. Here’s what we found.
Advertisement 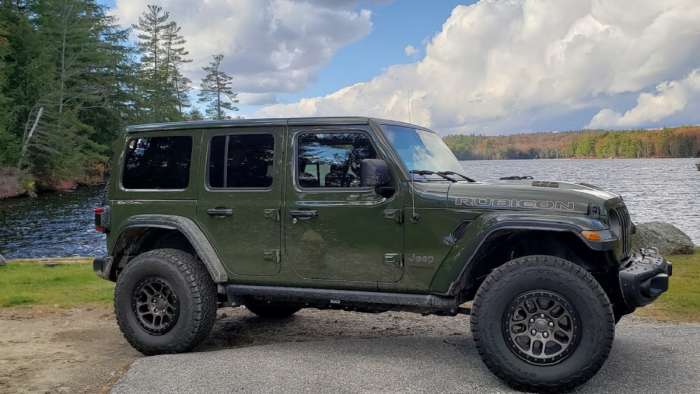 Having tested some soft-top Jeeps we wondered if the hard-top would be quieter. To our subjective ears, it seems to be. Even the performance exhaust volume is less intrusive in the cabin. Wind noise at lower than highway speeds is insignificant, and the tire hum is also a bit more muted than we remember. Jeep does a great job with background noise in all of its vehicles, and the Wrangler Rubicon 392 is no exception. Helping the cause is an outstanding sound system. As any open-top vehicle owner knows, a great sound system is a big benefit.

Driving Impressions
You need to steer the Wrangler Rubicon 392 in any of its configurations. The slightly taller 392 is no different. We like to steer, so corrections are not negative. Just an observation. The Wrangler Rubicon 392 has massive off-road tires, but they actually work very well on-road. Particularly dirt roads. Washboard areas and areas with large bumps and rocks are smoothed out nicely, even if you don’t air-down a bit.

The Wrangler Rubicon 392’s V8 engine never gets old. Merge from a side road onto a state highway with a 55 MPH speed limit and you go from a stop to that limit in under 4 seconds. That’s fast in anything. In a large SUV, it’s thrilling. 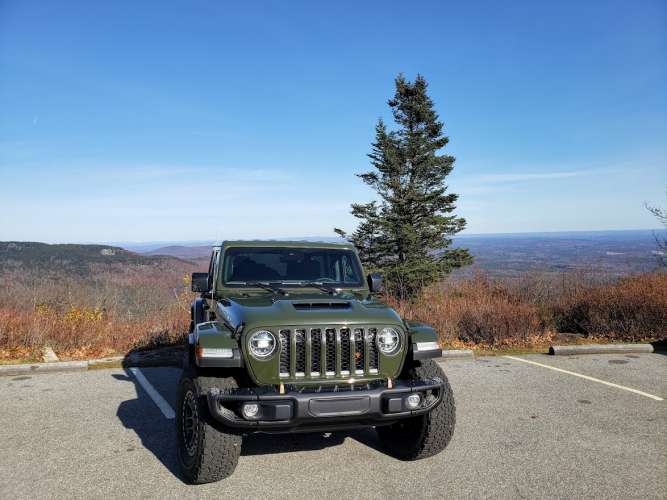 Enthusiast and EV publications like to point out that engines without turbochargers or superchargers lose performance as elevation changes. To test this widely-held belief, we took the Rubicon up one of the steepest grades in the area of Southern New Hampshire, the Pack Monadnock auto road. The elevation change is about 2,000 from top to bottom. We started out at the bottom with the 470 hp the V8 provides and took note. Up we went, using the paddles to keep the engine from shifting to a more fuel-efficient (and less fun) gear. While not scientific, we can report that when you start out with about 300 more hp than you really need to get the job done, the vehicle still feels the same at the very top of a climb. Those enthusiasts must be testing vehicles differently than we do, or starting with lesser models. 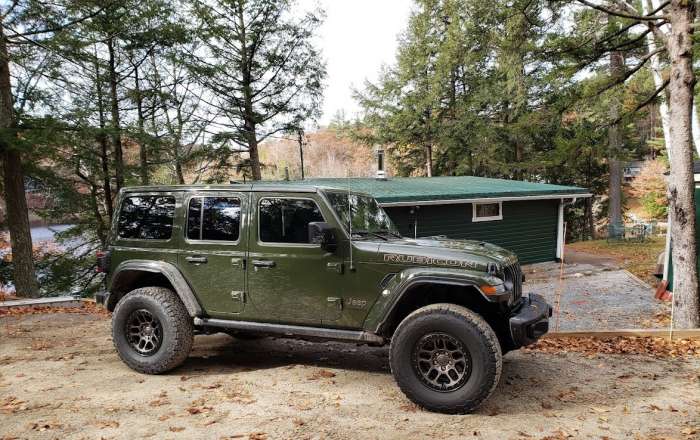 Heading down Pack Monadnock, we opted to use engine braking pretty much the entire drive. The Jeep’s geared transmission and paddle shifters provide a satisfying way to control engine speed, and even on the steepest sections we never really needed the friction brakes. 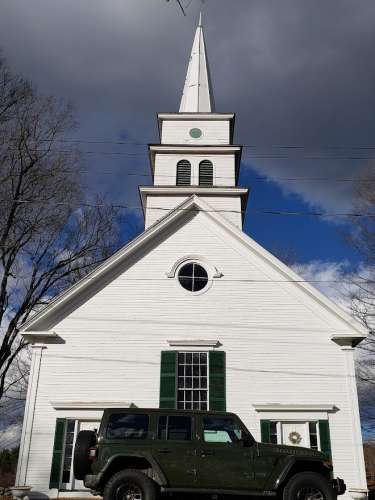 Wrangler Rubicon 392 - Conclusion
We find Jeep’s Wrangler line to be a fantastic adventure vehicle. Each one is more capable off-road than all but a handful of other vehicles. What we like about the Wrangler Rubicon 392, in particular, is that it’s a joy to drive on-road as well.

DeanMcManis wrote on November 17, 2021 - 12:33am Permalink
It seems like all of the things that you would wish for in a hotrod/offroad Wrangler. It seemed like forever until they stuffed the big V8 under the hood. I'm surprised that they didn't put the Hellcat motor in there! I wonder how the torque-rich 4XE hybrid would compare to the big V8? Both models are surprisingly quick for a Wrangler.

LG's New EV Battery Plant Is a Welcome News for Tesla
Tesla Giga Berlin's New Hurdle: It's Not Only the Gov't, but Now Tesla Itself
END_OF_DOCUMENT_TOKEN_TO_BE_REPLACED