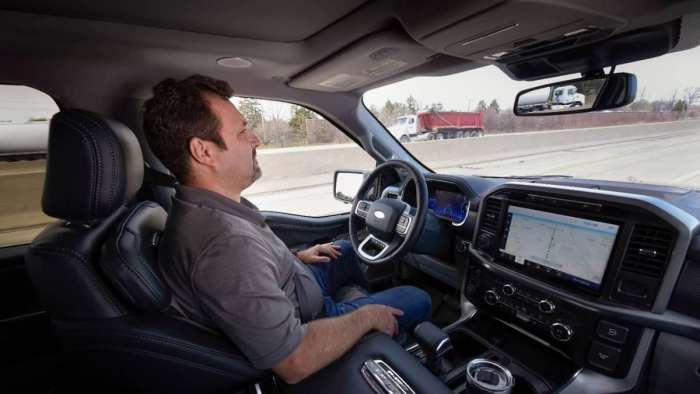 The most trusted name in automotive safety testing updates its protocols again to remain at the cutting edge.
Advertisement

The Insurance Institute for Highway Safety (IIHS) is creating a new rating program to evaluate the safeguards that vehicles with partial automation employ. IIHS is the group you may recognize as the one that provides Top Safety Pick awards to vehicles that earn that distinction. IIHS already includes active safety such a automated emergency braking in its evaluations. This new rating system under development will expand that to automated driver-assist systems that combine adaptive cruise control with steering assist. “Partial automation systems may make long drives seem like less of a burden, but there is no evidence that they make driving safer,” says IIHS President David Harkey. “In fact, the opposite may be the case if systems lack adequate safeguards.”

In order to earn a good rating, systems will need to ensure that the driver’s eyes are directed at the road and their hands are either on the wheel or ready to grab it at all times. We presume that excludes Ford’s Blue Cruise and GM’s Super Cruise. We reached out to IIHS to confirm whether that is the case.

IIHS says that messages from some manufacturers that cars are “self-driving,” are intentionally misleading. Rather, what most new vehicles do have is partial automation. A human occupant/driver must still perform many routine driving tasks that the systems aren’t designed to handle. Importantly, the driver is also responsible for monitoring how well the automation is performing its tasks and be ready to take over instantly if anything goes wrong. “The way many of these systems operate gives people the impression that they’re capable of doing more than they really are,” Mueller says. “But even when drivers understand the limitations of partial automation, their minds can still wander. As humans, it’s harder for us to remain vigilant when we’re watching and waiting for a problem to occur than it is when we’re doing all the driving ourselves.”

While many partial automation systems have basic safeguards in place to help ensure drivers are focused and ready, IIHS says that none of them presently meets all the pending IIHS mandates to earn a score of Good. This infographic helps to outline what IIHS has in mind.

IIHS didn’t put a firm timeline in its announcement. However, given the group’s past updates to its testing, we suspect that the new guidelines will be firmed up and implemented within two model years of today’s vehicles. See more on this topic at IIHS's website.

“Nobody knows when we’ll have true self-driving cars, if ever. As automakers add partial automation to more and more vehicles, it’s imperative that they include effective safeguards that help drivers keep their heads in the game,” says Harkey.